The Future Of Schools: Serious Games As Holodeck Adventures 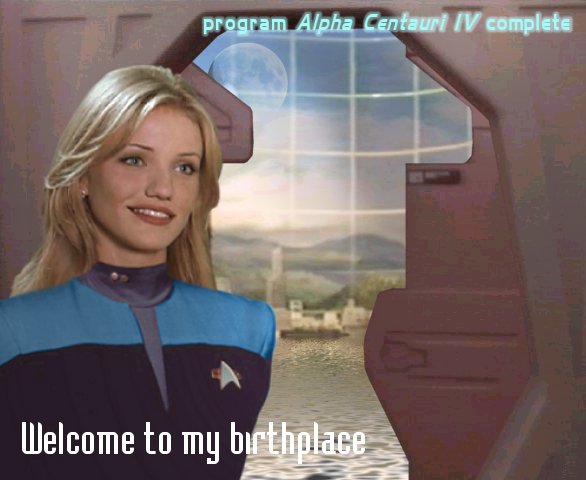 Dick Pelletier has just published a most challenging article Machines Will Revolutionize Education, futuring that by as early as 2010, Microsoft, IBM and others will introduce software enabling students to communicate with computers similar to how we communicate with each other – using words, body language, and gestures.

“These future teaching machines will bring education to life. Utilizing virtual reality, they will take students on virtual trips to interesting places and events in the world, fly into space, or wander inside a human cell.”

“Interactive computers will gather and process video, graphics, and information from anywhere on Earth via the Internet, and reformat this data into words and images that will be clearly understood by each student, regardless of their comprehension level.

To a larger degree than ever before, students will explore information and educate themselves. Computers have infinite patience and time and can easily adapt to the skill and knowledge level of individual children without making them feel backward. Children will fearlessly ask questions of a computer that they wouldn’t dare ask in front of their classmates.

Large video projection systems will soon be available to use extensively in education. A picture of the Grand Canyon may look impressive on paper or on a small computer screen, but blown up to the size of a video wall and guided by a friendly avatar, will have a far greater impact. 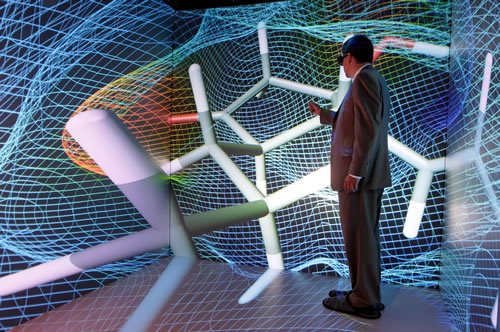 Engineers from Sun Microsystems and Fakespace Systems created this awesome immersive virtual environment that looks very much like the Holodeck in Star Trek!

And as technology develops – expected sometime between 2015 and 2020 – schools may opt for immersive systems that achieve levels of reality similar to those portrayed in TV’s Star Trek Holodeck. 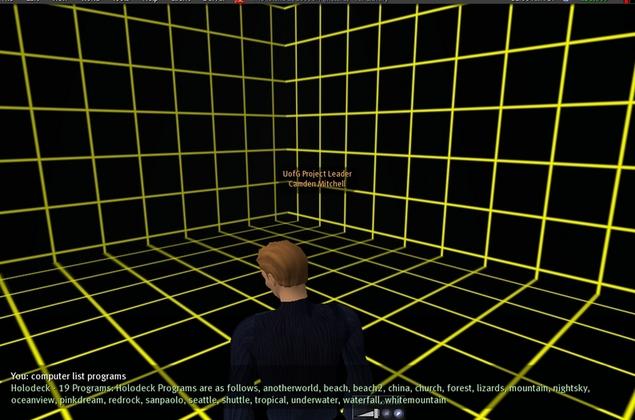 In Star Trek, the Holodeck is a virtual reality environment where you can play various games.


The holodeck is depicted as an enclosed room in which objects and people are simulated by a combination of replicated matter, tractor beams, and shaped force fields onto which holographic images are projected. Sounds and smells are simulated by speakers and fragranced fluid atomizers, respectively. The feel of a large environment is simulated by suspending the participants on force fields which move with their feet, keeping them from reaching the walls of the room (a virtual treadmill). 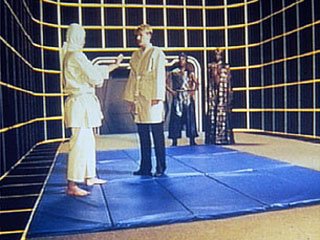 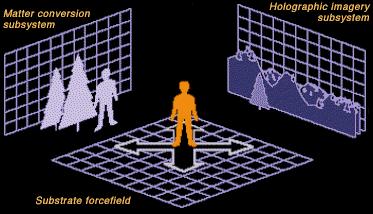 The basic mechanism behind the Holoscene is the omni-directional holo diode (OHD), a microminiature device that can project full-color stereoscopic images and force fields in three dimensions.

The walls of a Holoscene are covered with millions of OHD's, under dedicated high-speed computer control.

OHD's manipulate tiny and subtle force fields, allowing an individual to "feel" projected objects that are not really there.
Other (inanimate) objects can be physically created by replicator matter conversion.

Shaped force fields and background imagery allow a visitor to experience volumes and distances apparently larger than the Holocene room could physically accommodate.

Force fields create a "treadmill" effect, so a user could walk or run over seemingly great distances while the projected scenery scrolls by.

August last year, the Marine Corps and the Office of Naval Research (ONR) announced the opening of an immersive training simulator at Camp Pendleton, California, perhaps the closest thing the infantry has to a Star Trek-style Holodeck.

"Fire teams or squads participate within a 3-D video game of urban-battlefield streets in life-size combat driven by video-game simulations and interactive technologies that are more realistic and adaptable and easily incorporated into training facilities." 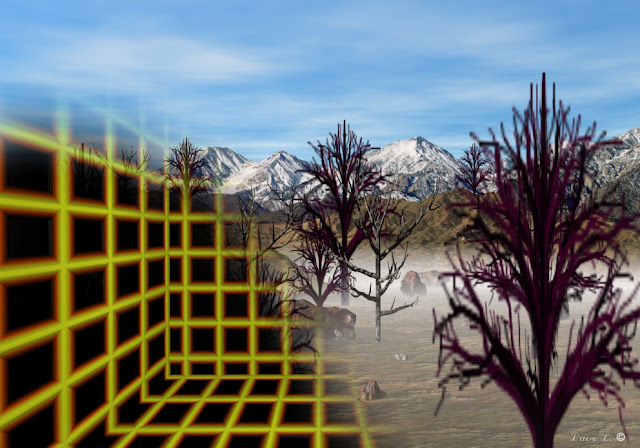 Immersive training is a relatively new term for the Corps that incorporates live and virtual — and eventually constructive — training (LVC) into the training environment.

The $1.3 million project creates an Infantry Immersive Trainer that would incorporate several high-tech solutions developed by ONR, which has spent nearly $75 million and plans for another $50 million in the next five years in human performance, training and education programs.

The Institute for Creative Technologies (ICT) at the University of Southern California, meanwhile, has developed FlatWorld, which incorporates sounds and simulated high-resolution imagery projected on digital flat-screen displays with real physical objects inside movable props and reconfigurable rooms and buildings. 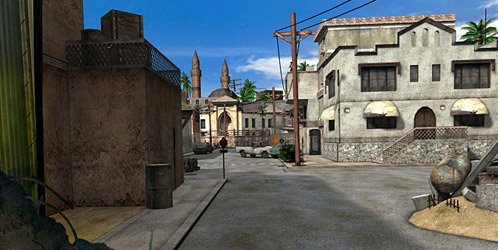 The FlatWorld project is an immersive virtual reality environment in which users can walk and run freely among simulated rooms, buildings, and streets. FlatWorld uses a system of “digital flats,” large rear-projection screens that employ digital graphics to depict a room’s interior, a view to the outside, or a building’s exterior. By adding physical props to the flats, FlatWorld becomes a “mixed reality” environment where users interact with both the physical and virtual worlds seamlessly. 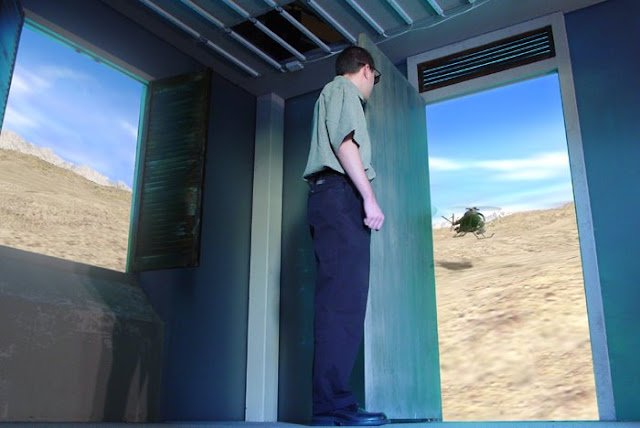 Digital flats can be readily assembled in any open space to simulate multiple situations in a variety of geographic locations. The scenes on the digital flats can represent a real world setting, such as a city in the Middle East, depicting actual city buildings in their correct locations.

The FlatWorld display system also integrates immersive audio and 4D sensory features with the visual displays. The FlatWorld Simulation Control Architecture software enables environment designers to synchronize sounds and effects with real-time graphics, as well as respond to user interactions with physical props (such as opening a door or window). Sensory immersion in a scene can further be augmented by strobe lighting and tactile floor speakers which simulate the flashes and vibrations of explosions or a lightning storm. FlatWorld provides a genesis point for a training system that participants could easily walk through unencumbered by head mount displays, and incorporates life-size projected displays with physical props and real-time, 3D graphics.

The JFETS installations at Fort Sill, Oklahoma leverage FlatWorld mixed reality technology to replicate real world conditions without the costs associated with live exercises. Two different multi-room configurations of the FlatWorld system are under development for use by the Office of Naval Research. These are the Infantry Immersive Trainer- Flatworld systems installed at Quantico, Virginia and at Camp Pendleton, California. Each system is custom designed to meet the needs of their respective facility.