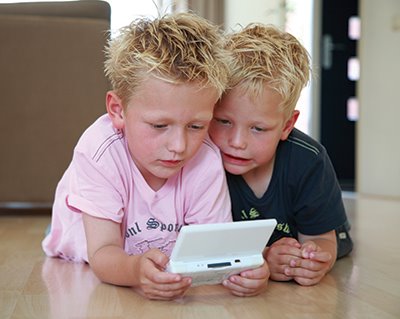 
In my prior post Serious Games School Project to be Extended Across Scotland, dated March 2008, I anticipated that Learning and Teaching Scotland (LTS), the body responsible for the development of the curriculum and for exploring the use of ICT in education, was to widen its research project looking at the effect of Nintendo's More Brain Training on pupils' maths ability.

A small-scale study carried out with P5-P6 pupils in Dundee's St Columbia’s Primary School by LTS last year found a daily dose of the computer game helped improve pupils' attainment in maths and their concentration and behavior levels.

The pupils were given a maths test at the beginning and then they used More Brain Training from Dr Kawashima on the Nintendo DS for 20 minutes at the start of each day for 10 weeks. It featured challenges including reading tests, problem-solving exercises and memory puzzles designed to exercise the brain. 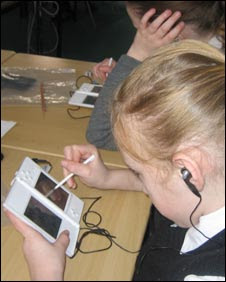 They were then tested again and the results showed a 10% average increase compared to before the experiment. The average time taken to complete the tests also dropped from 17 minutes to 13 minutes and 19 seconds. Some children halved the time it took to complete the test while maintaining or improving their score. There was also a notable improvement in the pupils' behavior and concentration during the study.

LTS then started to work with Her Majesty's Inspectorate of Education and the University of Dundee to carry out a larger pilot of the scheme and see if the results were replicated on a wider scale. The respective findings were today disclosed by BBC NEWS.

The study involved more than 600 pupils across the country

The study involved more than 600 pupils in 32 schools across Scotland using the Brain Training from Dr Kawashima game on the Nintendo DS every day.

A group of pupils played the game, which included reading tests, problem-solving exercises and memory puzzles, for 20 minutes at the start of their class for nine weeks. A control group continued their lessons in a more traditional manner.

The pupils were tested at the beginning and then the end of the study.

Researchers found that while all groups had improved their scores, the group using the game had improved by a further 50%.

Less able children were found to be more likely to improve than the highest achievers and almost all pupils had an increased perception of their own ability.

The study also found that it made no difference if the children had the game at home and noted no difference in ability between girls or boys.
It found improvements in absence and lateness in some classes.

Derek Robertson, LTS's national adviser for emerging technologies and learning, said the results offered the first independent, academic evidence that this type of computer game could improve attainment when used in an educational context.

"This intervention encouraged all children to engage and get success in a different contextual framework; one in which they don't know their place."