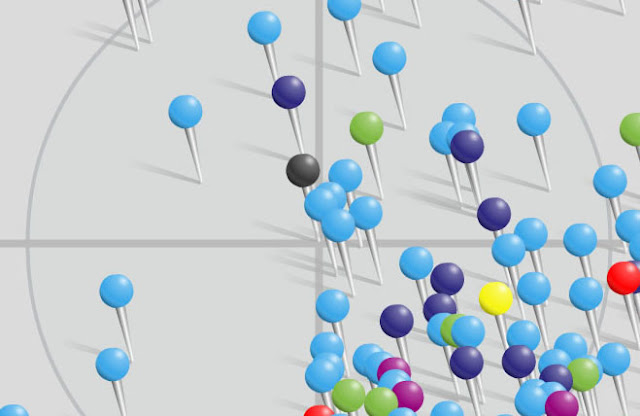 The Serious Games Institute has just launched a new online community where you can instantly visualize with whom you share Serious Games interests and backgrounds. 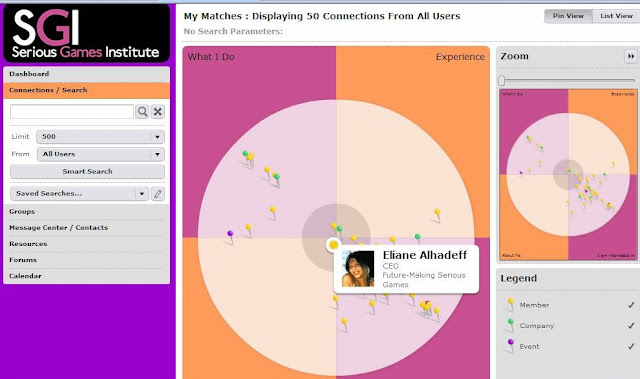 My Matches: Displaying 50 connections from all users

It is based on the innovative Intronetworks platform.

Of note, SGI is again co-producing the Serious Virtual Worlds Conference on September 11,12 and participating online in the days before, during and after the Conference will enable you to find other people you’d most like to connect with based on your similar interests.

SGI has just invited the SVW Conference speakers to share a few resources and their hot issues/ideas online: you should start to see them contribute online in the next few days.

Creating an account and completing your profile allows you to instantly see with whom who you share interests and experiences, and to pose a question or two for any of the speakers or other participants. 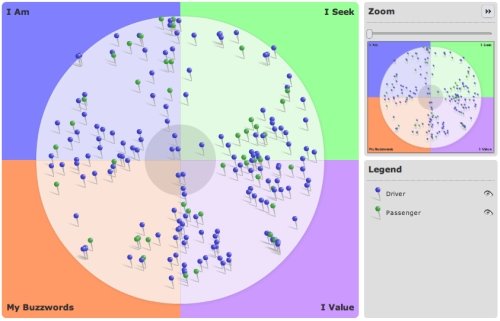 introNetworks started at the Technology, Entertainment, and Design (TED) Conference in 2003 as a demonstration of the capabilities of Macromedia’s Flash technology.

Built in just eight weeks and with the help of TED Curator Chris Anderson and some very talented developers and designers, the first introNetworks smart social network was born, connecting over 1,000 attendees through the company’s breakthrough visual matching engine that instantly creates a compelling and intuitive picture of a network so that each member can instantly see all people and information relevant specifically to them.

After just four days, 78 percent of the attendees at TED had tried the system at least once and more than 3,000 messages had been sent between them. A resounding success, the story was covered both by Forbes.com and NYTimes.com, setting the stage for the launch of the company as one of the bright stars in the world of social networking.

Over the next several years, the introNetworks team, led by Kymberlee Weil and Mark Sylvester, continued to innovate around the company’s base technology, while deploying over 200 introNetwork systems across a growing customer base that includes such high-profile companies as Adobe, Starcom MediaVest, HP, Harvard, Autodesk, United Way, Fortune, CMP Media, Xerox, Ziff Davis, and Intel. These companies have learned that introNetworks’ smart social networks are the best way for any organization to deploy a valuable online community that allows all of its members to identify and connect with what and who matter to them in business, special interest groups or at events.

With the release of its next generation system, built exclusively with Adobe® Flex™ 3 software, introNetworks continues to be the innovative leader in white-label social networking.