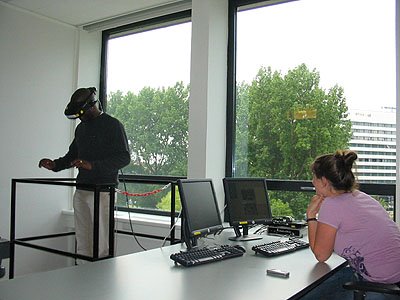 VR Phobia is a research project developed by the Delft University of Technology, Man-Machine Interaction Group, in collaboration with the University of Amsterdam, which has started in 1999.

Patients with a phobia are traditionally treated with behavior therapy, where they are gradually exposed to real life situations they fear, such as a high staircase for people with acrophobia (fear of heights), flying on an airplane for people with fear of flying, or taking an elevator for people with claustrophobia.

The research project focuses on recreating these situations in a virtual setting that is safer, less embarrassing, and less costly than reproducing the real world situations. 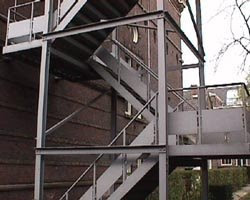 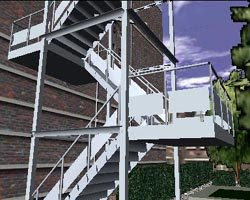 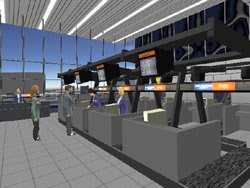 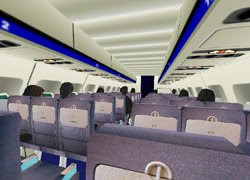 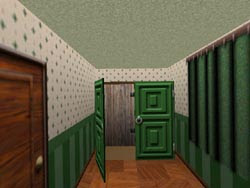 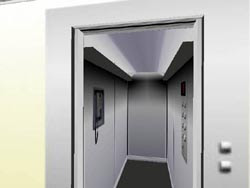 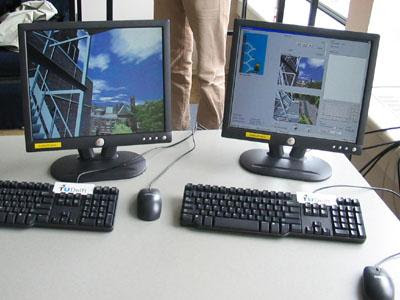 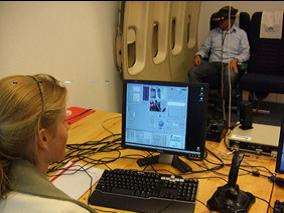 With extensive empirical research the project has already demonstrated the effectiveness of VRET in case of the above mentioned phobias.

In Vivo, In Vitro, and VR

Traditionally those stimuli are looked for in actual physical situations (in vivo) or by having the patient imagine the stimulus (in vitro).

Virtual Reality (VR) allows a third option of exposure therapy. Research in this area is still in its infancy, but progressing rapidly.

Building on its international success, the project is now focusing on social phobias.

Here patients have a strong fear of one or more social situations, such as talking in public, entering a room with other people, ordering food in a restaurant etc. The VRET system allows patients to be exposed to social situations where they have to interact with others. Patients talk with virtual humans, who respond to their verbal actions.

In this set up, a therapist can monitor simultaneously multiple treatment sessions over the Internet. Cognitive workload, situation awareness and engagement of the therapist are key research factors in this context. Furthermore, on the patient side, the VRET system automatically creates the appropriate anxiety-evoking situation and monitors the fear level of the patient. 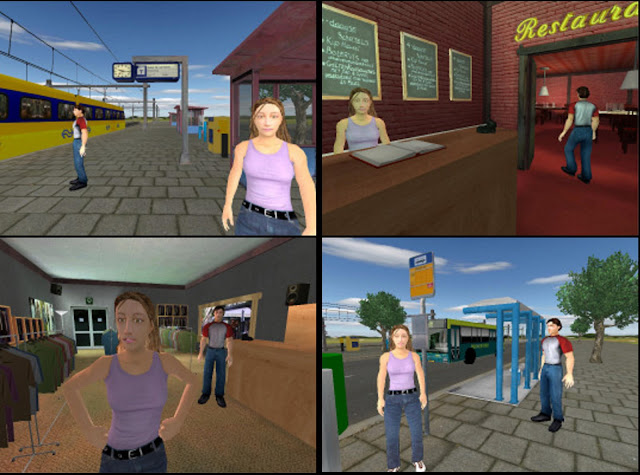 The Case for Action

In 1998 a study was done in the Netherlands on the prevalence of psychiatric disorders in the general population (Bijl, Ravelli & van Zessen). This study shows that the lifetime-prevalence of agoraphobia, social phobia and specific phobias are respectively 3.4, 7.8 and 10.4 %. This means that 3.4 % of the general population is or has been suffering from agoraphobia during his life. 7.8 % and 10.4 % of the population is or has been suffering from respectively a social phobia or a specific phobia during his life.