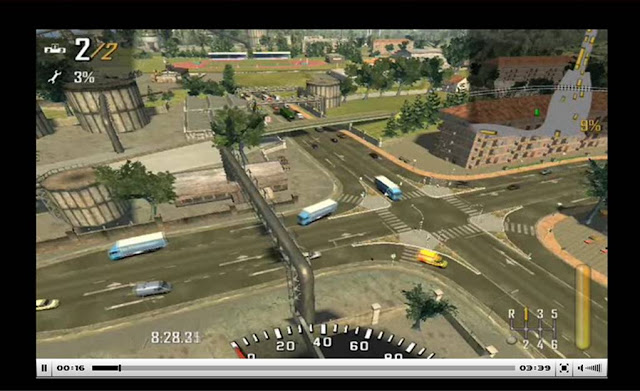 Imagine game characters learning and evolving, just like human players. Or basing their actions on autonomous goals, group dynamics and environmental influences, not just pre-defined paths. If you can imagine it, you can have it. It’s called the xaitEngine and it’s only available from xaitment.

AI is one of the most important aspects of any game; yet it often falls short of how humans and objects really act. Humans and objects can learn from their mistakes. They sometimes act irrationally. They forget. Artificial Intelligence in games rarely takes these realistic characteristics into consideration. That’s where xaitment’s technology stands out.

With xaitment’s AI, bots learn from their mistakes, coordinate activities, compete with each other and achieve their goals with uncanny realism. They do not just move from one pre-defined spot to another – as in life, they move to random locations based on their goals, their environment and their influences. 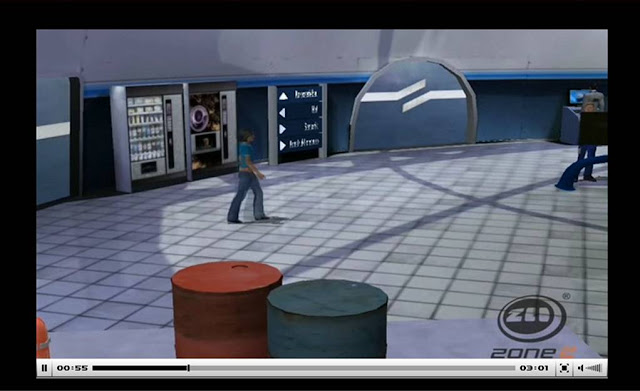 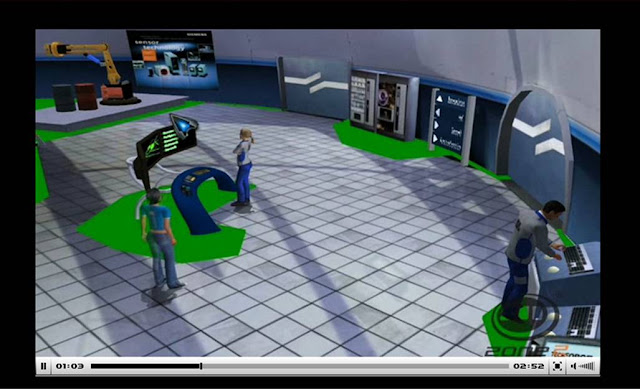 According to their site, xaitment engineers intelligence that mirrors reality: their comprehensive AI solution suffuses game’s creatures, machines and other agents (bots) with lifelike behaviors.

The modern definition of artificial intelligence is “the study and design of intelligent agents”. An intelligent agent is a system that perceives its environment and takes actions which maximizes its chances of success.

Intelligent movement is not pathfinding. Pathfinding is the process of determining a route from point A to point B in a game. It is usually accomplished through automatic or manual placement of waypoints, or points of interest, that direct the agents to, for example, tactically advantageous positions throughout an environment.

But this technique is not applicable for moving the agents around in a dynamic environment. A path only guarantees that an agent can get from one position to another.

To avoid dynamic objects such as other non-player characters (NPCs) or players, dropped boxes and the like, more sophisticated algorithms are needed to produce a complex, and intelligent, movement behavior – a process called “dynamic avoidance”. 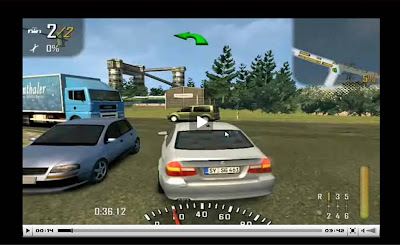 In addition, agents are usually called upon to make decisions. With traditional game AI solutions, these decision making processes have been relatively limited, and have focused primarily on determining an agent’s reaction to a certain input, such as an explosion, an attack and a team-based movement.

xaitment states they have not only improved upon these traditional features; they are offering them in a completely new and modular way.

With xaitment’s solution, the ability to infuse autonomous behavior in agents allows developers to create characters who more closely mirror actual humans. This, in turn, provides the level of realism needed to completely immerse players in the game world.

xaitment not only improved upon game AI with unique features guaranteed to heighten a game’s immersive qualities, they have developed an intuitive, modular system that enables studios to easily integrate only the AI features they need, and none they don’t.

Just in brief, the complete engine consists of five AI Modules which are explained briefly below. The modules can be used as standalone modules but also in any combination, and can be added to an already running or even finished game project at any time within a day. They do not interfere with the game code. 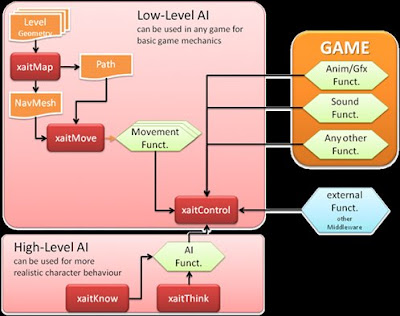 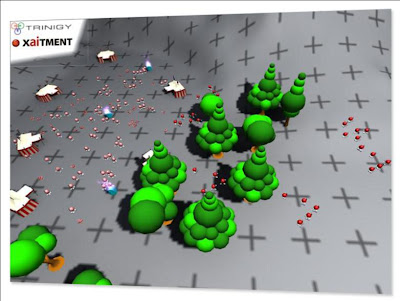 xaitMap – the pathfinding module which uses a unique spatial subdivision technique for automating the creation of navigation meshes (no waypoints anymore). 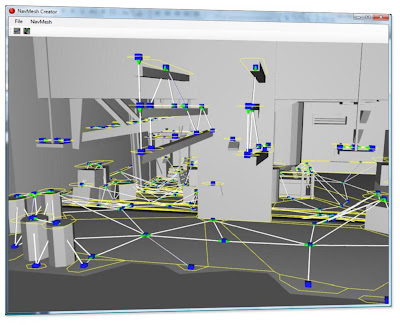 xaitControl – the hierarchical, probabilistic Finite State Machine (FSM) with which you can easily define complex state machines that provide a large degree of unpredictability to the behavior of your agents. 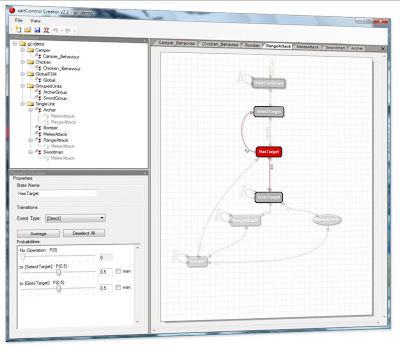 xaitThink – the xaitThink module which enables agents to learn by experience or inference, to react to varying situations and to act autonomously within their world.

xaitKnow – xaitKnow with which you can create or change the world description with a simple, graphical editor instead of writing code. The following chart shows roughly how the tools are set – up in a game.
About xaitment GmbH

A spin-off of the world renowned German Research Center for Artificial Intelligence (DFKI), xaitment was founded in 2004 by Dr. Andreas Gerber who has managed the company since its inception.

Applying his knowledge from DFKI, Dr. Andreas Gerber set out to engineer “lifelike Artificial Intelligence (AI) for computer games and simulations” -- so realistic, players would not be able to determine whether they were playing against other human players or against computer-controlled agents.

This value proposition led to the development of the xaitEngine, a highly customizable and highly modular multi-agent system that suffuses today’s game AI with realistic influences, such as basic reactions, goals, rewards, consequences and even emotions.

What’s more, game developers can either purchase the xaitEngine as a whole or choose one of its four AI modules. The flexibility, cost-effectiveness and ease of integration that result from this modular approach appeal to game developers of all sizes.

The tools and features described above are only a subset of what xaitment offers, which is one of the reasons why they've experienced such tremendous growth in the last few years.

Game developers throughout Europe have been quick to adopt their intelligent technology and their unique approach. And with the opening of a second office in San Francisco, CA, one of the hearts of the game development industry, xaitment stands poised for success in the US market as well.

Markus Schneider, xaitment’s Executive Vice President Sales, has brought to my attention that their AI-package is not some high scientific stuff only, but they are concentrating on the usability of the tools in day-to-day game development at any point of the development cycle. Of course they offer also a high level FSM (Finite State Machine ) but this is what they internally call standard AI.

Their customers include AAA game studios like Factor 5 or Synetic as well as major defense and automation companies.