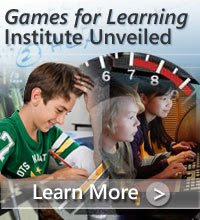 Microsoft Research, NYU and Consortium of University Partners Create First Scientific-Based Game Research Alliance to Transform Learning Games for Learning Institute (G4LI) will study how games can boost student interest in math and sciences. The G4LI will also evaluate game prototypes and introduce them, along with accompanying curricula, to an existing network of 19 New York City area schools; results in the classroom will be tracked. Based on the findings, the institute’s goal is to expand its research and game development to all K–12 grades.

The Games for Learning Institute (G4LI) is a joint research endeavor of Microsoft Research, New York University and a consortium of universities. The partners include Columbia University, the City University of New York (CUNY), Dartmouth College, Parsons, Polytechnic Institute of NYU, the Rochester Institute of Technology and Teachers College.

The G4LI will identify which qualities of computer games engage students and develop relevant, personalized teaching strategies that can be applied to the learning process. 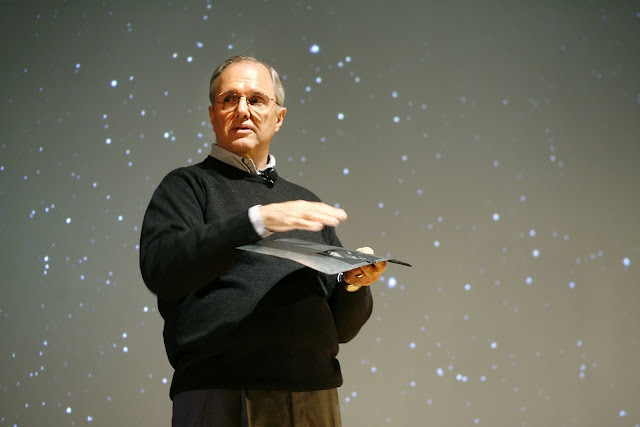 “Technology has the potential to help reinvent the education process, and excite and inspire young learners to embrace science, math and technology,” Mundie said. “The Games for Learning Institute at NYU is a great example of how technology can change how students learn, making it far more natural and intuitive.”

Microsoft Research is providing $1.5 million to the Institute. NYU and its consortium of partners are matching Microsoft’s investment, for a combined $3 million. Funding covers the first three years of the G4LI’s research, which will focus on evaluating computer games as potential learning tools for science, technology, engineering and mathematics (STEM) subjects at the middle-school years (grades 6–8). The institute will work with a range of student populations, yet focus on underrepresented middle-school students, such as girls and minorities.

“Middle school is a critical stage for students, a time when many are introduced to advanced math and science concepts,” said Ken Perlin, professor of computer science in NYU’s Courant Institute of Mathematical Sciences and founding director of the Media Research Laboratory at NYU, who will direct the G4LI, to be located at NYU. “Many students become discouraged or uninterested and pour their time at home into gaming. Ironically, we think gaming is our starting point to draw them into math, science and technology-based programs.”

Video games, with their popularity and singular ability to engage young people, are showing promise as a way to excite and prepare the Net generation, the current crop of students who have grown up on technology. This generation, though well-versed in using technology for social networking and Internet research, is continuing a decline in proficiency and interest in math and sciences — the very skills needed to prepare them for the new demands and requirements of the 21st century.

“While educational games are commonplace, little is known about how, why or even if they are effective,” said John Nordlinger, senior research manager for Microsoft Research’s gaming efforts. “Microsoft Research, together with NYU and the consortium of academic partners, will address these questions from a multidisciplinary angle, exploring what makes certain games compelling and playable and what elements make them effective, providing critically important information to researchers, game developers and educators to support a new era of using games for educational purposes.”

Jan Plass, associate professor of educational communication and technology at NYU’s Steinhardt School of Culture, Education and Human Development, will co-direct the G4LI with Perlin. While NYU will serve as the hub of the G4LI in its Computer Science Media Research Laboratory at the Courant Institute of Mathematical Sciences, the multi-institutional organization will have a myriad of partner spokes.

The G4LI also will evaluate game prototypes and introduce them, along with accompanying curricula, to an existing network of 19 New York City area schools; results in the classroom will be tracked. Based on the findings, the institute’s goal is to expand its research and game development to all K–12 grades. Resulting scientific evidence will be shared broadly with researchers, game developers and educators.

NYU and Microsoft Research bring years of experience in gaming for learning to the joint endeavor. NYU offers deep insight into the design principles that make effective educational games; innovative research methods to study the impact of digital media on learning; and frontline experience in integrating these materials into both classrooms and informal learning settings.

Through its Gaming Initiative, since 2004 Microsoft Research has invested more than $3 million in gaming kits, assessment studies, academic funding and an academic sponsored event, the Academic Games and Computer Science Game Cruise.

New York University, located in the heart of Greenwich Village, was established in 1831 and is one of America’s leading research universities. It is one of the largest private universities, has among the greatest number of international students, and sends more students to study abroad than any other college or university in the United States. Through its numerous schools, colleges, institutes, and programs, NYU conducts research and provides education in the arts and sciences, law, medicine, business, dentistry, education, nursing, the cinematic and dramatic arts, music, public administration, social work, and continuing and professional studies, among other areas.

Founded in 1991, Microsoft Research is dedicated to conducting both basic and applied research in computer science and software engineering. Its goals are to enhance the user experience on computing devices, reduce the cost of writing and maintaining software, and invent novel computing technologies.
Researchers focus on more than 55 areas of computing and collaborate with leading academic, government and industry researchers to advance the state of the art in such areas as graphics, speech recognition, user-interface research, natural language processing, programming tools and methodologies, operating systems and networking, and the mathematical sciences.