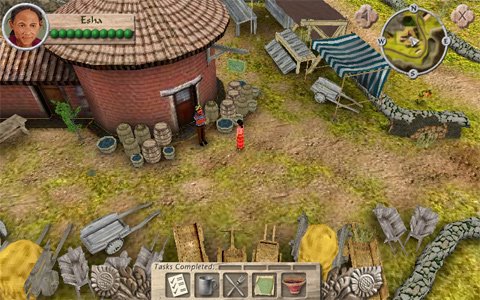 Heifer International, Beaconfire, and ForgeFX have collaborated to build a Serious Game that teaches players about poverty and hunger, and they would love to hear your suggestions about how to improve this beta version.Heifer is a non-profit organization that uses an innovative and proven method to reduce poverty and hunger around the world: they give families living in poverty the gift of a goat, chicken, sheep, or other farm animal, along with training in sustainable farming practices.

Heifer's gift recipients use the products from their animal (like milk, eggs, and wool) to feed and clothe their families, and can sell the extra to support themselves financially.

With Heifer's tradition of "Passing on the Gift", these families give the offspring of their animals to their neighbors; in this way, a single Heifer gift can help lift an entire village out of poverty. 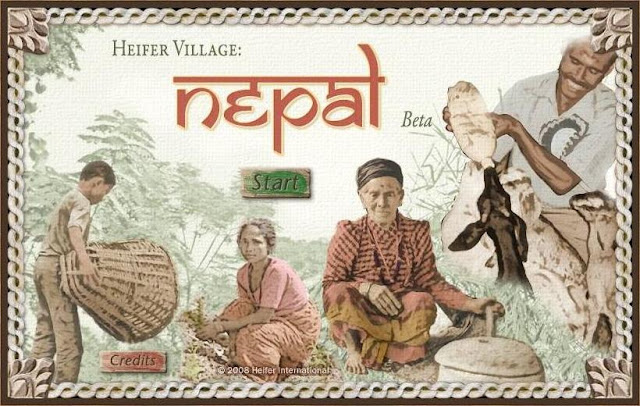 With this Serious Game, they hope to educate players about real world conditions of poverty, how communities can create sustainable solutions to this plight and how Heifer's program can be part of the solution.

The game is called Heifer Village: Nepal, and its goal is to simulate the challenges faced by those living in poverty and hunger, and to demonstrate some specific methods to address these issues. 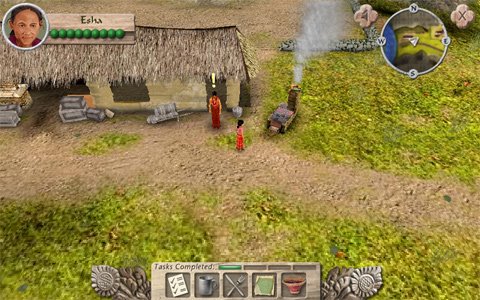 Players of Heifer Village experience realistic scenarios about the issue of hunger and the potential solutions that exist. Ideally, a player will walk away from the game with a desire to contribute towards solutions in real world villages (i.e. donations or other direct actions). The project also aims to provide a window of direct experience into a part of the world, and a way of life, which most people would otherwise never experience.

In the game, players take the role of a 12-year-old girl in a Nepalese village that is struggling with both poverty and hunger. The game currently contains 4 tasks/missions which are called lesson nodes. Each lesson node both offers an activity and teaches a core principle. For example, one lesson node might teach players about the issue of deforestation as they collect firewood to cook their dinner.

The lessons in the game mirror the experiences of Heifer's real-life partners in Nepal, like Chanamati Thapa, a woman who used the income from her Heifer goats to start a flour mill and buy a water buffalo; Chanamati now shares the agricultural skills she learned from Heifer with her neighbors. 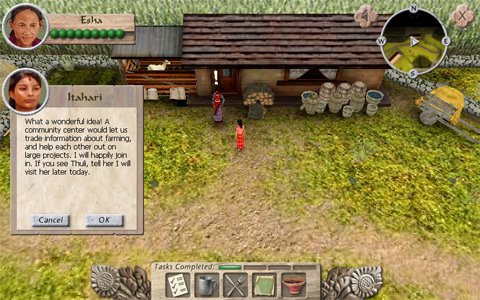 The game is currently in an initial beta version. With the game framework up and running, the development team is determining the potential changes to bring this game into its final version as a rich, deep, fully interactive experience. That's why they want to hear your suggestions about how to improve this beta version.

But most of all, they are interested in what you think would make this game better, and help it fulfill the above goals. Once you've spent some time playing the game, please share your opinions about how it could best hit these goals while building out the final version. Here are some questions to consider:

They are a privately owned company with offices in San Francisco and Santa Rosa California, as well as Kailua, Hawaii. Founded in 2001 by Greg Meyers, Adam Kane and David Vaillancourt, the founding partners have been working together for more than 10 years developing cutting edge web-based multimedia applications.

Beaconfire works exclusively with the nonprofit community and is staffed by individuals committed to the third sector. Beaconfire serves nonprofits in the evaluation, design and implementation of Internet technology.

Their experience partnering with nonprofit and other cause-related organizations began in 1995 as the nonprofit practice of NMP, then AppNet and Commerce One Global Consulting Services.

In 2001 a group of colleagues in Commerce One's nonprofit consulting practice discussed their vision for a new company. Although their views, experiences and talents were diverse, they shared one common, powerful idea: that there was a real need in the nonprofit community for expert, objective, results-oriented technology consulting, and that no company on the scene was committed to serving that need.

In October, 2001, Beaconfire Consulting was formed when the nonprofit consulting services practice of Commerce One spun off from the company.

Heifer International is a non-profit organization, that does more than put food in the mouths of hungry people. Heifer helps people feed themselves.

A Midwestern farmer named Dan West formed Heifers for Relief, dedicated to ending hunger permanently by providing families with livestock and training so that they “could be spared the indignity of depending on others to feed their children.”

Why heifers? These are young cows that haven’t yet given birth – making them perfect not only for supplying a continued source of milk, but also for supplying a continued source of support. That’s because each family receiving a heifer agrees to “pass on the gift” and donate the female offspring to another family, so that the gift of food is never-ending.

This simple idea of giving families a source of food rather than short-term relief caught on and has continued for over 60 years. Since 1944, Heifer has helped 8.5 million people in more than 125 countries.

The goal of every Heifer project is sustainability – project partners achieving self-reliance. And year after year, as partner families “pass on the gift” of knowledge and one or more of their animals’ offspring to others in need, they become links in a network of hope, dignity and self-reliance that helps hundreds of others care for themselves.