Serious Gaming With The History Of Halloween At History.com 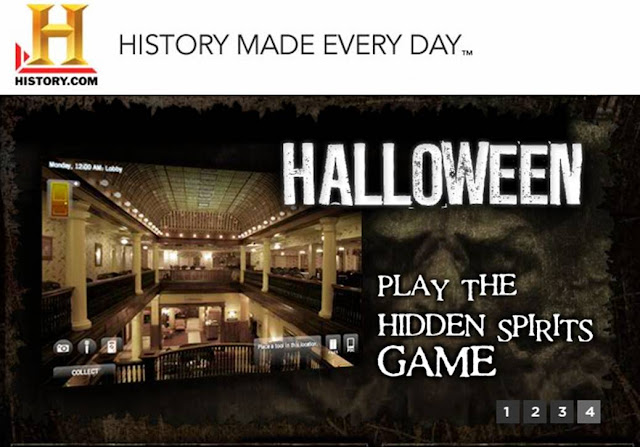 This Halloween, History.com takes a look at the 2000+ year old holiday with videos, trivia and a wide array of newly-updated, interactive features.

The newly updated 'History of Halloween' interactive Web site looks at the holiday from all angles, from the ancient origins of Halloween to modern traditions and superstitions.

Visitors can watch video on the history of Halloween costumes, read the legendary story of “Jack O’Lantern,” learn about historic haunting, and play the Hidden Spirits Game.

The Hidden Spirits Game allows players to conduct a series of investigations in a hotel that has a history of paranormal activity.

The Royal Mangnall Hotel was built in 1889 and burnt to the ground on opening day. The Hotel was rebuilt the same year and quickly gained a reputation of cursed property, with several tales of apparitions and other disturbances accumulated over the years. 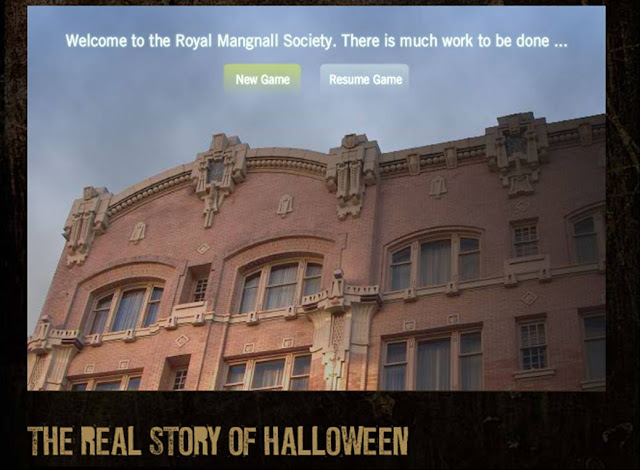 In 1984, a small group of paranormal enthusiasts, under the name Royal Mangnall Society (RMS) began compiling records on the strange phenomena. The Society is still active today, using modern technology to flesh out dozens of case files.

As the player you are a potential member of RMS.

In order to be considered for full membership you must first pass a field examination: you will conduct a series of paranormal investigations, collecting evidence to support the enclosed case files. 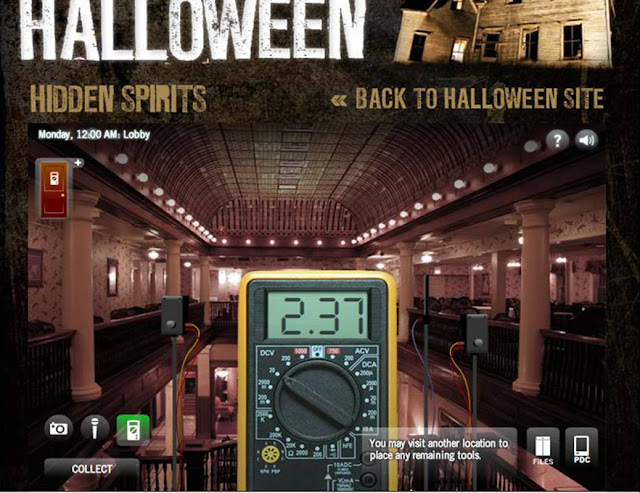 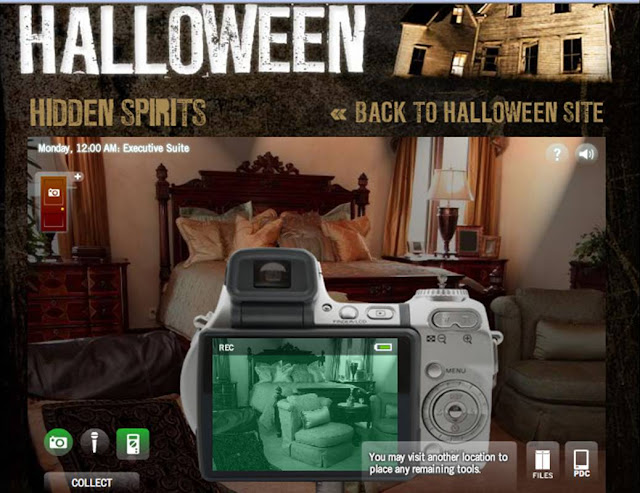 History™ and History HD™ are leading destinations for revealing, award-winning original non-fiction series and event-driven specials that connect history with viewers in an informative, immersive and entertaining manner across multiple platforms. Programming covers a diverse variety of historical genres ranging from military history to contemporary history, technology to natural history, as well as science, archaeology and pop culture.

Among the network's program offerings are hit series such as Ax Men, Battle 360, The Universe, Cities of The Underworld and Ice Road Truckers, as well as acclaimed specials including King, Life After People, 1968 with Tom Brokaw, Lost Book of Nostradamus, Star Wars: The Legacy Revealed and Sherman's March. History has earned four Peabody Awards, four Primetime Emmy® Awards, 12 News & Documentary Emmy® Awards and received the prestigious Governor's Award from the Academy of Television Arts & Sciences for the network's Save Our History® campaign dedicated to historic preservation and history education.