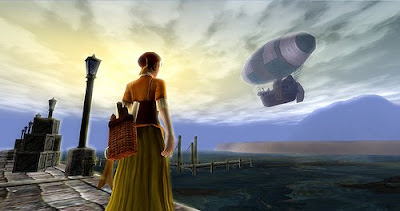 Via: MindFuse Games – Operating At The Intersection Of Hot Market Sectors: Casual And MMO Games

October closing, MindFuse Games sent out a press release officially announcing that they are bringing the advanced casual world of Gatheryn to PC users in 2009.

The World Of Gatheryn - Value Proposition

Gatheryn is the first title under development by the Berkeley, Calif.-based company.

Although it’s an immersive MMO, MindFuse sees Gatheryn's key difference as its casual gaming focus rather than long-term grinding through levels.

Most MMO games focus on hardcore gamers that spend hours playing, but MindFuse is building a high-end MMO for casual audiences that don’t have a ton of time to play.

The idea is to create a rich 3-D world combining interaction and light game play.

“The richest massively multiplayer universes have been largely violent fantasy worlds,” said Joseph Walters, Chief Executive of MindFuse. “Casual, friendly games on the other hand feel more like a snack than a feast. MindFuse is going to bring the two types of gameplay and players together – simple, compelling games embedded in a deep three dimensional world.”

According to the hand-out, Gatheryn delivers a unique and highly-customizable virtual world where adventure, community and fun come together to create an unforgettable experience.

There is some real cross-over with casual worlds - each player receives their own virtual space (apartment) which can be customized along with their avatar.

There is also a number of payment tiers - from casual play options right through to “extended community building and exploration”. The usual MMO features like a marketplace for trading goods and skill mastery challenges can also be found. 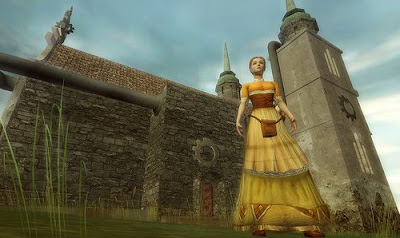 The World Of Gatheryn - The Story
Gatheryn is a story of a people struggling to free themselves from the yoke of a powerful overlord who creates and controls their primary source of energy and light. It is also a story of love and romance, power and corruption.

Gatheryn cloaks its bewitching story in a truly magical atmosphere, evoking the worlds of Jules Verne's 20,000 Leagues Under the Sea or H.G. Wells' The Time Machine. 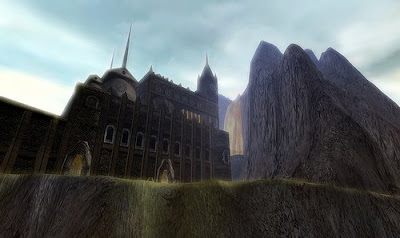 Strange lamps penetrate the fog that shrouds the elegant Victorian houses and rural farms and settlements of Gatheryn. This fantasy Victorian era is enhanced by the strange steam-powered machines that the people have developed with the limited power sources at their disposal. Steam-powered dirigibles and exotic ships, which glide through the air and on the sea, further give shape to this world of imagination, while the constant turning of the wind machines provides a moving backdrop. 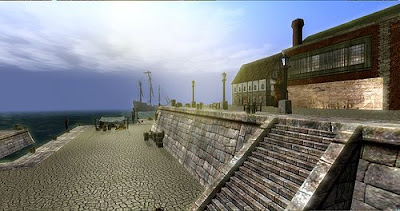 The World Of Gatheryn - Gameplay

Gatheryn is an interactive massive multi-player world of adventure, mystery and romance. You assume the role of a Victorian themed character as you explore, socialize and quest your way through the world. You have the option of complete customization of your character and your character’s home and you have the option of choosing which quests you play and where in the world you play them.

Gatheryn is designed to allow you to chose your preferred balance between exploration, adventure and quests, or socialization with your friends and the new friends you will meet out in the world or at home in your lodgings.

On arrival in Gatheryn, you will explore Fog Town on Elymia Island - the first of Gatheryn’s unique lands. Interact with the characters that inhabit Fog Town like Vivian and Ambrose and you will be invited to undertake quests each of which will include mini-games and puzzles that are spread throughout the Island.

Gatheryn will constantly expand as new islands are added and new mini-games are released. Expect to be constantly surprised by your adventures and as you join with your new friends in solving mysteries and completing quests. Gatheryn brings to life a world of adventure, mystery and romance, and weaves a story that will thrill and excite anybody who enjoys a fantasy world, a quest filled adventure or a land to explore alone or in the company of friends.

Founded in 2006, and based in Berkeley, California, MindFuse is an entertainment software company focused on creating and delivering high-quality, digital entertainment to core, casual and mainstream users.

MindFuse’s CEO is Joseph Walters, a founding partner of Skunk Studios (developers of the original Catz and Dogz series), and most recently a senior engineer at Shockwave. Other founders are Matthew Le Merle and Ira Rothken.

Early October, MindFuse announced that they had has just raised $1 million in convertible debt from the Keiretsu Forum angel investor group, and expects to raise an undisclosed amount of venture capital by within the next month. It says it is confident it can raise a round in the tough environment because it is operates at the intersection of hot market sectors: casual and massively multiplayer online (MMO) games.