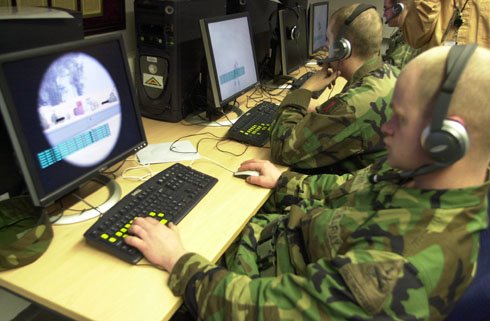 Via: The Serious Games Blog - US Army to Invest $50M in Combat Training Games

The Army has created a video game unit and will invest $50 million over five years on games and gaming systems designed to prepare soldiers for combat.

Lt. Col. Gary Stephens, product manager for air and ground tactical trainers at Project Executive Office — Simulation Training and Instrumentation (PEO-STRI) said that the $50 million has been approved for a "games for training" program starting in 2010.

"The Army takes this seriously," Stephens said of PEO-STRI and its Army gaming unit, which will handle military video game requirements. "We own gaming for the Army — from requirements through procurement," he said. 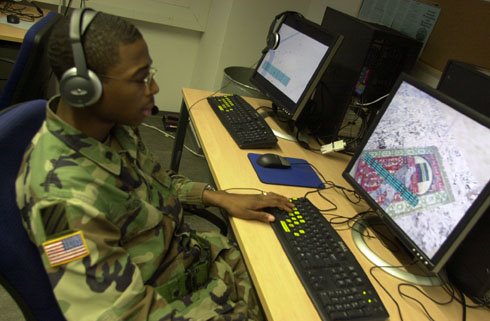 Game development has become a multibillion-dollar industry in recent years, with large game studios employing thousands of developers and sales that compete with Hollywood’s blockbusters.

Instead, the Army gaming unit will watch trends in the industry and identify technology that can be used for military training, he said.

The need for video games as training aids was judged so great that the Army wanted to get products out to units before the funding came online.

In addition to the $50 million, the Army gaming unit has an undisclosed additional budget to purchase a state-of-the-art commercial video game system that will be fielded for training in February.

DARWARS Ambush was modified by the Defense Advanced Research Projects Agency to train soldiers using desktop computers, he said. It focuses on teaching soldiers how to react to ambushes and roadside bomb attacks on convoys, he said.

However, the game is based on 20th-century gaming technology and can accommodate a limited number of players in a relatively small virtual battle space. It can’t interact with the Army’s real world computerized battle command systems and trainers can’t edit terrain or change scenarios during play, he said.

The new game — dubbed Game After Ambush — will be an off-the-shelf commercial product that comes with tools that will allow the Army to make almost any modification necessary to terrain, scenarios, missions, etc.

"We have an impending award announcement for the contract that we will make in the next couple of weeks," Stephens said.

Market research suggests there are many current products that might meet the Army’s requirements and a number of developers have put forward their games for the Army’s consideration. Initially, the Army expects to have to make few modifications.

Col. Mark McManigal, the capabilities manager for gaming under the Training and Doctrine Command (TRADOC), said the selected game must provide low-cost training and must not require large number of technicians to run. It must also have a play-back function for after-action reviews.

Trainers must be able to edit the game during play to change the difficulty level or add complexity to an exercise. And they want it to be portable so we can move it to different units on an installation.

TRADOC is responsible for determining what features are needed for training soldiers, while PEO-STRI is in charge of acquiring and fielding the system.

Leslie Duvow, project director for gaming at PEO-STRI, said the Army will have 70 gaming systems in 53 locations in the United States, Germany, Italy and South Korea between February and September 2009.

Soldiers will be able to drive virtual vehicles, fire virtual weapons, pilot virtual unmanned aerial vehicles and do "most anything a soldier does" in a virtual battle space as large as 100 kilometers by 100 kilometers, she said.

McManigal said the game will replicate what soldiers encounter on today’s battlefield — from fighting in urban terrain and convoy operations to reacting to contact and ambush operations.

The new game will also be able to interact with the Army’s battle command systems that soldiers use in the real world to track equipment, enemy and friendly forces using computerized maps.

The systems will be built to train a single platoon of soldiers at a time, but they could be linked over the Internet to train even more soldiers.

Despite the confidence of the Army in video game training for soldiers, work on Game After Ambush is expected to begin only in 2010 and finish five years later.