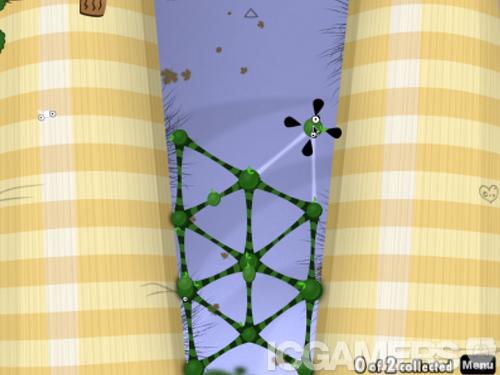 In my prior post Serious Gaming With COTS: What Children Learn! I had already surfaced the anecdotal use of commercial off the shelf (COTS) games to create engaging contexts for learning.World of Goo (WiiWare) is an outstanding example on how this possibility could be taken much further.

Word of Goo is an ingenious, captivating game that turns physics into a sticky puzzle. Players can try their construction skills by using balls of Goo to create structures leading to an exit pipe (to finish a stage, a certain number of globs must make it into the pipe). 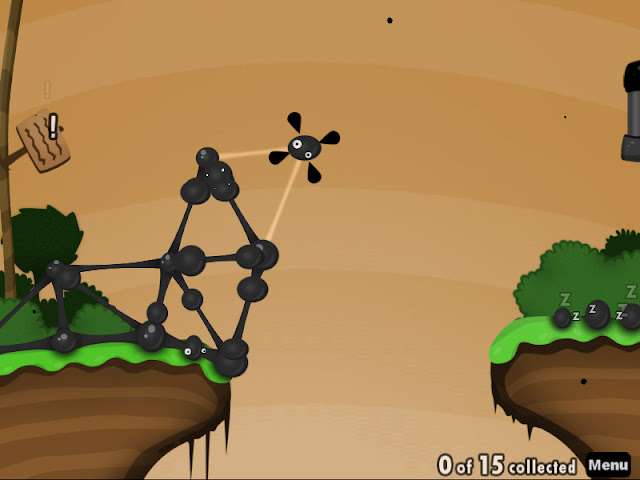 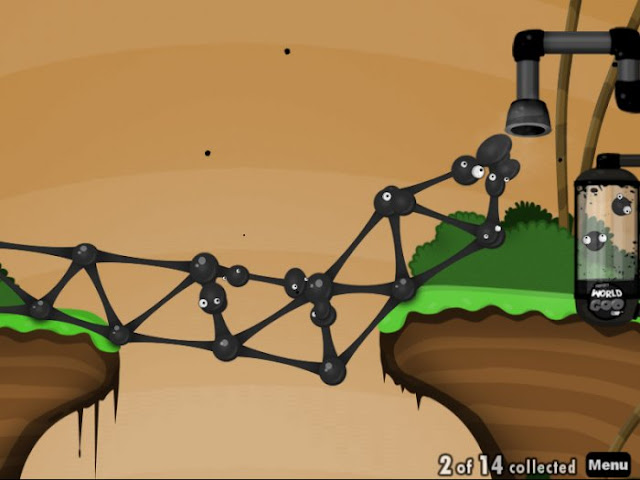 Building these structures with the Goo is pretty tough as the game employs astoundingly realistic physics. This means that you have to be careful how and where you attach balls of Goo. If you put too many Goo Balls on one side, the structure will begin to sway and will soon collapse under the strain. You have to carefully balance things out if you're to have any hope of reaching some of the lofty drainpipe locations in each level.

World of Goo's premise is very simple: in each level you're presented with a small army of Goo balls, who can be connected together to form makeshift bridges and towers. 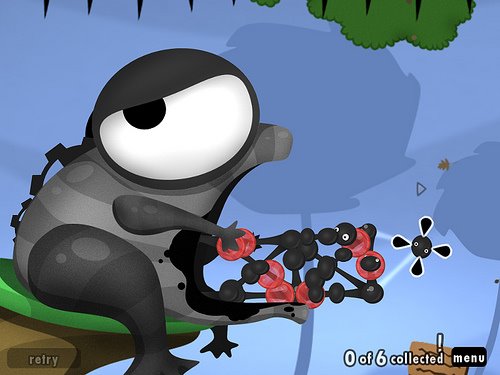 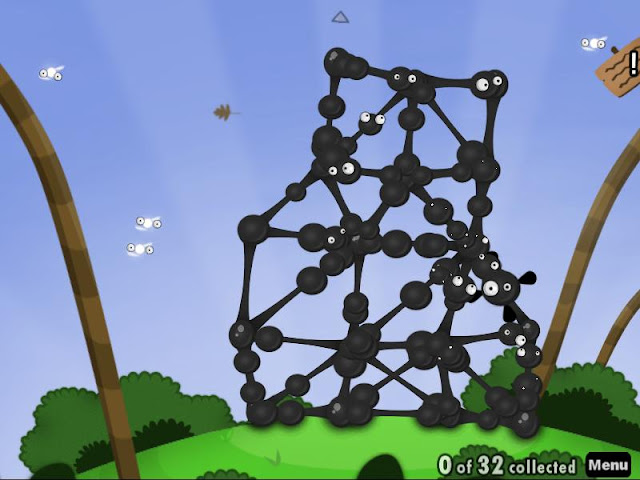 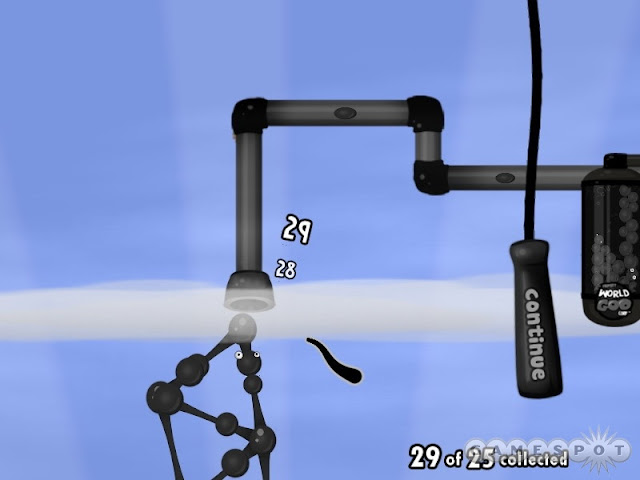 The objective is usually the same: to build a path to the level's exit pipe, whether it's way up in the air or tucked away behind any number of deadly obstacles.

The physics simulation that defines how these structures bend and break provides the foundation for the game's puzzles. 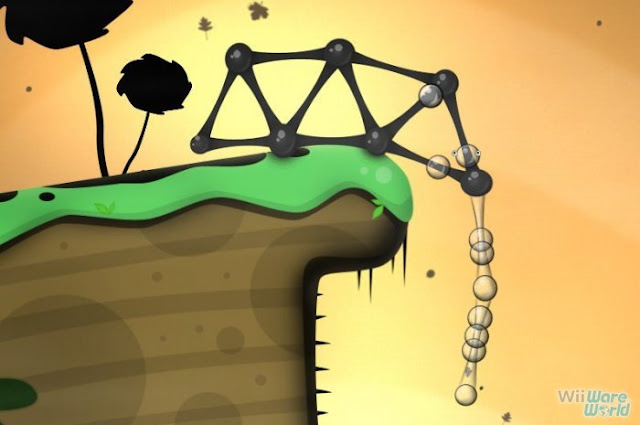 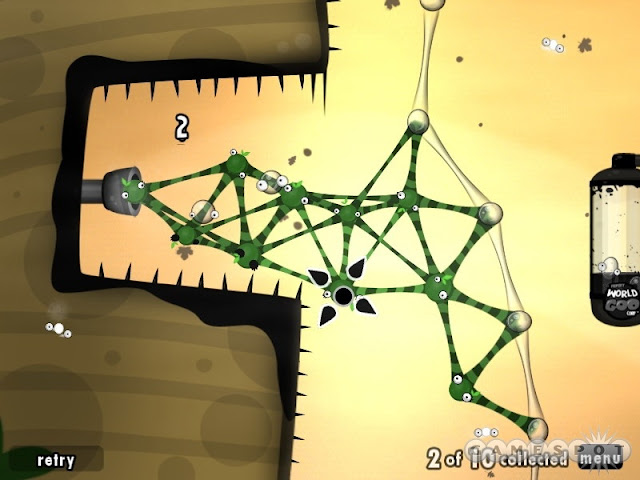 Real physics and the demands of gravity always have to be taken into account, which makes this one of those easy-to-play, hard-to-master puzzle games that gradually takes over your entire life (I’ve been playing the WiiWare game around-the-clock since it became available for download).

Goo towers need to be carefully balanced so they don't become top-heavy and collapse into a pile of slime, whereas bridges have to be carefully reinforced underneath so they don't tumbling down. At times you even need to use special items such as balloon Goo to help compensate for the height or length of a structure and keep it standing. 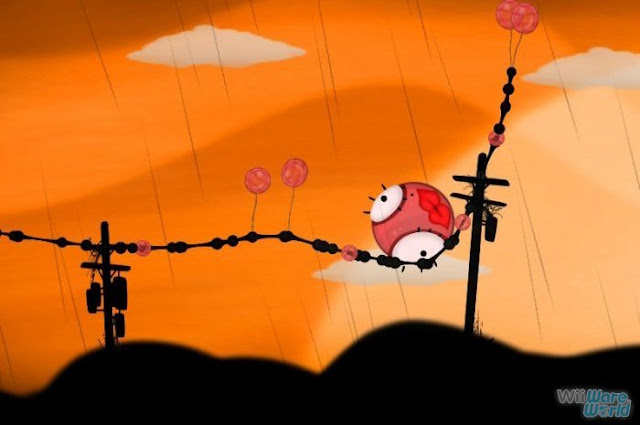 This is a lot harder than it sounds. Considering that you're dealing with, Goo buildings in the game are inherently unstable and tend to jiggle pretty much constantly. To compensate for this, you need to build by degrees, carefully balancing one side against the other to prevent the whole wobbly contraption from teetering over. Exit pipes are typically a long way from the beginning point of levels, requiring you to really think before you start erecting ridiculously tall skyscrapers or long, arching bridges. Knowing that your entire building could collapse at any moment adds an incredible amount of tension. 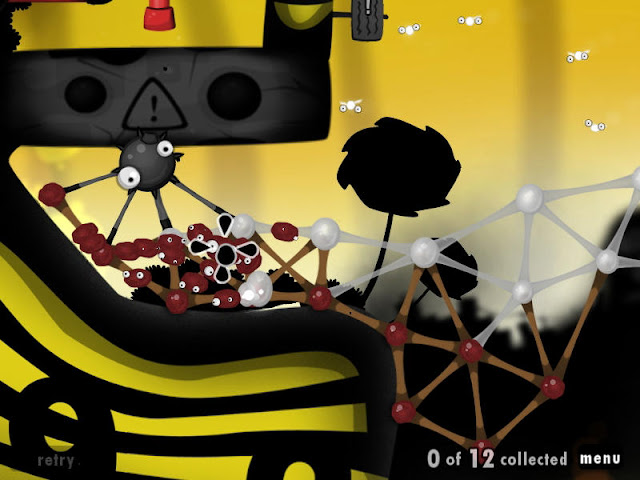 While the single player mode is the heart and soul of the game, the developers have included a multiplayer mode to make things a bit more interesting.

Multiplayer is a nice change of pace in which up to four players can play each level in a co-operative fashion. This can make it a bit easier to tackle some of the tougher levels, since it will make it easier to distribute large numbers of Goo balls around the structure at once. It can also make it more difficult if you can't find a way to work in sync with one another.

It's the atmosphere that transforms World of Goo from a great concept to a fantastic game.

It's quite amazing that a development team consisting of basically three people has somehow managed to create such a unique and utterly charming gaming experience.

Kyle Gabler, the primary designer behind World of Goo, explored construction physics in an experimental game called Tower of Goo a few years ago, laying the groundwork for the core gameplay of World of Goo.

World of Goo has raised the bar for what a WiiWare title should be, and it's raised it fairly high. In an era of where style is often emphasized over substance, it's refreshing to see a title like World of Goo that somehow manages to feature an abundance of both.