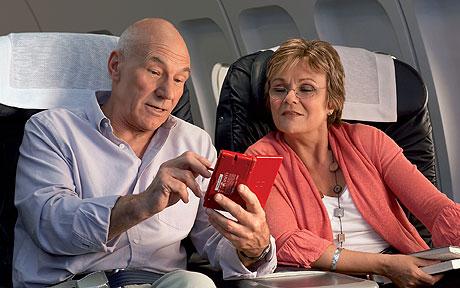 A new study found that adults in their 60s and 70s can improve a number of cognitive functions by playing a strategic video game that rewards nation-building and territorial expansion.

This is the first such study of older adults, and it is the first to find such pronounced effects on cognitive skills not directly related to the skills learned in the video game, said University of Illinois psychology professor Arthur Kramer, an author on the study. The research appears this month in the journal Psychology & Aging.

"When you train somebody on a task they tend to improve in that task, whatever it is, but it usually doesn't transfer much beyond that skill or beyond the particular situation in which they learned it," Kramer said. "And there are virtually no studies that examine whether there's any transfer outside the lab to things people care about."

Kramer and his colleagues wanted to know whether a more integrated training approach could go beyond the training environment to enhance the cognitive skills used in every day life. Specifically, the researchers wondered whether interactive video games might benefit those cognitive functions that decline most with age.

"Older people tend to fare less well on things that are called executive control processes," Kramer said. "These include things like scheduling, planning, working memory, multitasking and dealing with ambiguity."

After testing several video games, the researchers selected Rise of Nations which gives gamers points for building cities and "wonders," feeding and employing their people, maintaining an adequate military and expanding their territory.

"You need merchants. You need an army to protect yourself and you have to make sure you're spending some of your resources on education and food," said postdoctoral researcher Chandramallika Basak, lead author on the study. "This game stresses resource management and planning, which I think for older adults is important because many of them independently plan and manage their resources."


- The team at the University of Illinois recruited 40 adults over 60 years old, half of whom were asked to play a computer game called Rise of Nations, a role-playing game in which you have to build your own empire.

- Game players had to play Rise of Nations, a strategy-based video game in which players build new cities, improve city infrastructure, expand a nation's borders, and conquer other nations.

- Both groups were assessed before, during and after the video game training on a variety of tests.

- As a group, the "gamers" became significantly better – and faster – at switching between tasks as compared to the comparison group. Their working memory, as reflected in the tests, was also significantly improved and their reasoning ability was enhanced.

Previous studies had shown that training individuals in a particular cognitive task can enhance performance on that specific task, the researchers said. But opinions are mixed on whether training can result in improvements in an array of cognitive skills, they said.

To explore the issue, the researchers had 20 older adults (mean age 69.1) play Rise of Nations.

Participants played the game for 23.5 hours over four to five weeks, spending a minimum of an hour and a half at each session.

An additional 20 older adults (mean age 70.05) were used as a control group; they did not play the game at any point during the study. Participants' cognitive skills -- including tasks of executive control and visuospatial skills -- were tested before, during, and at the end of the study.

As expected, the participants who played the video game showed improvement in game performance through the end of the study -- overall time needed to complete each scenario within the game was reduced and score increased.

"These results at least partially support our hypothesis that a real-time strategy-based video game may engender transfer to executive control tasks for older adults," the researchers said.

In addition, the players had small but greater-than-the-controls improvements in one of four visuospatial attentional tasks -- accuracy of mental rotation.

In general, the cognitive benefits of video game play were found after at least 11 hours of training.

Researchers said that these findings have implications for designing training programs for older adults.