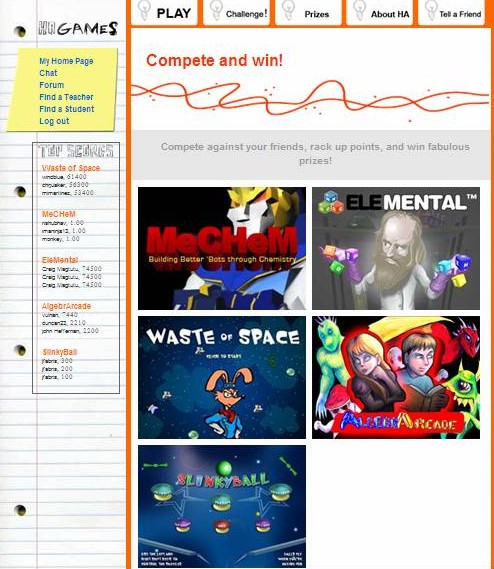 SGS Session: Testing our Hidden Agenda - What Happens Once Real Students and Teachers Get a Hold of our Game?

Can a game designed by college students, tested by middle school students, studied by research students and explored by teachers actually improve learning?

The nonprofit Liemandt Foundation wanted to know, and worked with another nonprofit, Computers for Youth.

In 2003, the nonprofit Liemandt Family Foundation enlisted Lauren Davis to figure out a way that their small organization could make a difference in technology-enabled education. They were interested in developing a video game that was as fun as the current favorite titles out there, but that also taught K-12 school subject.

After doing a bunch of research and learning about similar initiatives, they’ve decided to get a few leaders in the field of education, video games, and the combination of the two to act as sponsors for a college video game contest.

As a consequence, the national Hidden Agenda computer game design contest was born in September.

Once the Liemandt Foundation became more successful on the game development and distribution front (though much work still needed to be done on both), they realized the one step of the process they had been ignoring - figuring out whether the games were actually fulfilling their goal of teaching a middle school subject.

In 2007, they decided to focus their efforts and small annual budget on that task, working with the 2007 winning game, Slinkybomb (soon to become Slinkyball).

Computers for Youth has teamed up with Games2Train (the company founded by Hidden Agenda advisor Marc Prensky) to work with middle school students and teachers to test Slinkybomb.
In a two-phase project, students and teachers will do their testing and make recommendations to improve the game so that it reaches its full educational (and entertainment) potential.

In the first phase, Computers for Youth (CFY) Games2Train team have worked with middle school students and teachers to enhance the educational capacity of the game without sacrificing fun.

In the second phase, CFY will use the enhanced game in a before/after research study to determine whether middle school students improved their understanding and aptitude of Physics after playing the game.

They will take back the new and improved Slinkybomb and run qualitative and quantitative tests so that the Liemandt Foundation will know for sure if the Hidden Agenda games truly can effectively teach school subjects.

This project is taking the place of a 2008 Hidden Agenda contest!

Through a months-long engagement that introduced Slinkyball to over 4500 middle schoolers while engaging a team of students and teachers to recommend improvements to the game, the Liemandt Foundation hooked a lot of people on Slinkyball.

But when they collaborated with Computers for Youth to determine whether the game actually taught middle schoolers about Physics, the real results were revealed. This session will detail those results and complete the story of a small, nimble nonprofit foundation that has built games, got them into the field and then determined just how well it teaches, who it teaches best, and whether it could be used in the future to help middle school students everywhere about Physics.

About the 2007 Winning Game – Slinkybomb 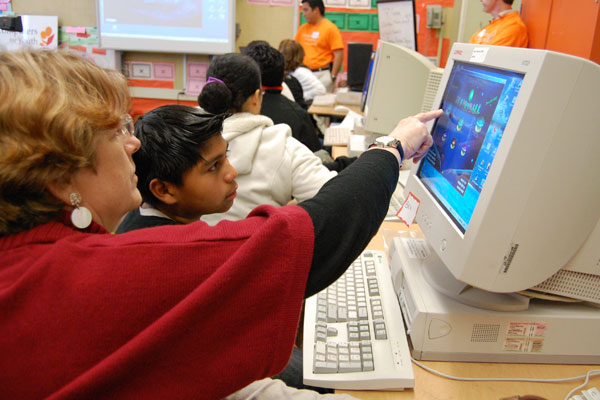 The goal of the contest, in its fifth year, is to inspire college students to build entertaining games that teach middle school subjects. Final judging is based on 70 percent entertainment and 30 percent educational value.

The game teaches physics through a series of ball-in-the-cup puzzles that demonstrate properties such as motion, acceleration, energy and angular momentum. Among the creators’ motivations, according to Haro, were both the prize money and the fact that Pomona teams had finished in the finals three times but never won.

The team estimates that development took about 400 hours with most of that packed into a three-week period. Brown notes that, “The last night of work was pretty crazy. We decided to add in voice-overs at roughly midnight and had them in by 6 a.m., while adding the hints features and sounds. We were hyped up on caffeine and throwing tennis balls against different surfaces to record sound effects while trying to add as many cool features to the game as we could before submitting. It was hectic, but fun!”

More than two dozen teams entered the contest, and the five finalists were invited to Austin, TX for the final judging, which included testing by middle school students.