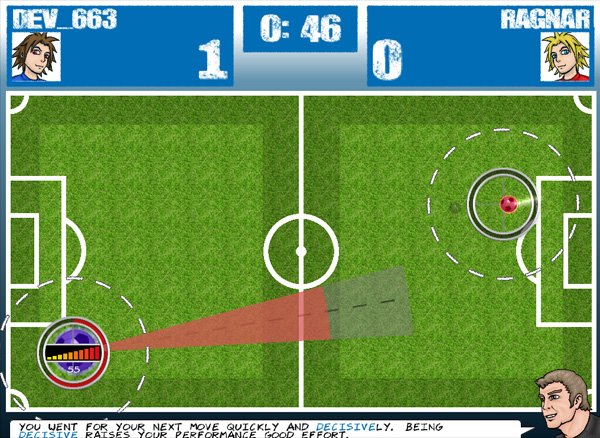 People, be they athletes, successful at business, or otherwise at the top of their field tend to have certain skills and psychological traits that help them be more successfully competitive.

What if such critical self-analysis skills could be embedded in a series of casual games that taught you some of these skills? What if the same training given to help fighter pilots and top athletes be their own best coach as well as be better at receiving coaching could be turned into a videogame where as you played the game was able to assess you and then provide you the critical feedback systems to assimilate into your everyday life? The Winning Game, by TPLD is just that. It is the first game- based-learning application designed to teach successful reflection and self-analysis skills to players.

Currently the system is to be rolled out across the entire Scottish schools network for over 250,000 pupils to play the game and develop their skills in a key area identified in Scotland as important to the future development and culture of the country.

In this case study Matt Seeney, CTO of Team Play Learning Dynamics LTD of Scotland will explain the underlying subject matter of Winning and how they turned it into a game and analysis tool.

In addition, armed with the early pilots, and their impact, Matt will cover early results from the large-volume engagement of the game and how TPLD dealt with such a rollout.

Via: The Herald - Can A Video Game Train Winners?

Students in a classroom at Bellahouston Academy have been riveted to a screen, absorbed to a degree which I rarely experienced at school.

They were playing a computer game, Winning, developed for fighter pilots, but also used by sportsmen. It teaches correct decision-making under pressure.

Sir Clive Woodward adopted it and Yehuda Shinar, to help England win the rugby World Cup. Yehuda Shinar is an expert in the field of Winning Concepts, who has been involved in the training of many organizations and famous sports teams.

The innovative Glasgow School of Sport, at Bellahouston in Glasgow, was part of a trial program which has been replicated at secondary schools in Edinburgh, Dundee, and Blairgowrie, across a wide range of academic abilities during 2007.

Now the game shall be part of the curriculum at every secondary in Scotland. Indeed, its supporters believe it can change Scottish culture.

The game aims to assess and train winning skills, but is not designed solely for sport. It has applications in making business and life choices. 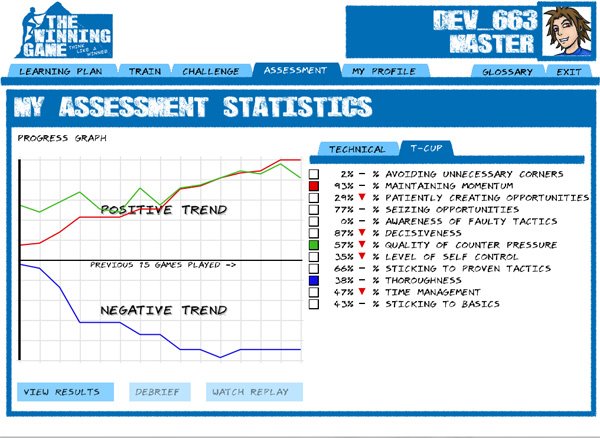 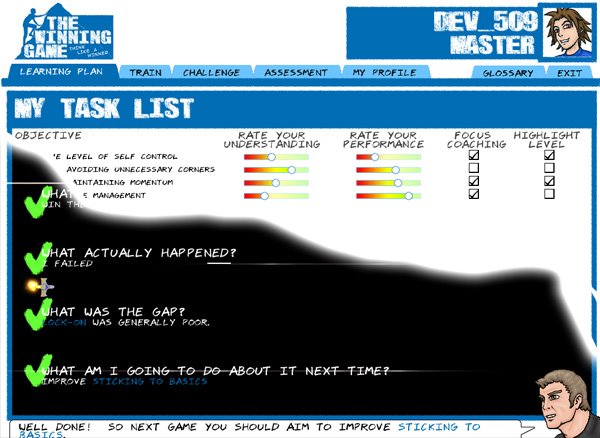 "The game is a brilliant way of teaching children the thinking process of a winner," says Graham Watson, the foundation's executive director.

"Every piece of evidence suggests kids learn better through watching and doing, than by being taught. Scotland is a world leader in digital animation and digital games technology and it's a growth industry worldwide. So we have partnered with Team Play Learning Dynamics (TPLD), a Dundee company, and Yehuda Shinar.

"Now we have a product that's very appealing to young people and adds value to the curriculum - teaching people to think like winners.”

The problems it poses children are very different from those it poses adults. Every time you do something it creates a whole different range of scenarios for you. Teachers get feedback all the time, and are taught how to interpret the performance, and become a coach. If you teach children to think correctly under pressure, it doesn't matter whether they are playing football or rugby, or trying to buy their first house.

Helen Routledge, research manager with Dundee-based TPLD, who supply education software, has directed the pilot in the four schools and with a YMCA group of neets (people not in education employment or training). She is excited by its potential.

"We've also tried it with very high-achieving pupils, average kids, and gifted young sports people," she said. "It's been of benefit across all ranges of educational abilities.”

Team Play Learning Dynamics LTD of Scotland is one of the global innovators in the emerging Serious Games market. Set up in 2001, the company is focused on delivering Games-Based Learning (GBL) solutions and technologies to aid organizations in their drive for competitive advantage.

Using specifically designed technology for GBL, TPLD offers stand-alone "off the shelf" products aimed at education and organizational development, with a particular focus on multi-player environments and user assessment.

TPLD’s Professional Service teams work alongside customers and partners to ensure solutions meet the required learning outcomes and deliver the desired business benefits and value. Uniting the accessibility of E-learning with the safe, fun, immersive and motivating environment of computer games, TPLD is leading the way forward in creative and effective learning styles.

The company recently announced the launch of the new game being developed in conjunction with the Scottish Institute of Sport Foundation and Yehuda Shinar of Winning Enterprises, called The Winning Game.

The Winning Game is a computer game which enhances the user’s ability to make decisions correctly under pressure using an arcade-style game, an in-game coach who provides instant feedback and suggestions for improvement, combined with an intelligent debriefing and assessment system for identifying strengths and weaknesses. Over time it gives users the same mental model for winning used by professional athletes, fighter pilots and other high pressured, success oriented occupations.

TPLD is based in Dundee, Scotland.