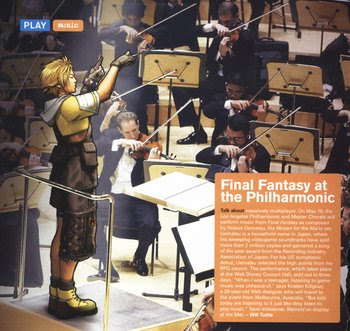 The Future of Work - Thriving In A Networked World

Dr. Fernando Flores and colleagues have developed a program that prepares participants to prosper in globally dispersed, multicultural and multidisciplinary work groups and to master what they call The Orchestration of Commitments in Pluralistic Networks.

The curriculum combines the use of a virtual environment with their proven methodology for helping people and organizations become more cohesive, more productive and more resilient to a world of work that is ever in flux. They have created a powerful social laboratory for rapidly developing the embodied learning of skills that are critical to succeeding in pluralistic networks -- groups composed of diverse people with different backgrounds and concerns who come together and make commitments to each other as they work to achieve a common purpose.

The program begins with an intensive 3-day introductory workshop that explores the emerging changes in leadership, work styles and reporting structures, and offers a new way for people to work together and become more effective in the way they work with others in teams, whether in corporate and not-for-profit settings, or in other groups in which they participate in their communities.

For those who wish to continue the immersive experience, they offer a four-month online interactive program utilizing virtual environments and VOIP. These tools make possible a new kind of pedagogy that is freed from the bounds of time and space, and that creates a complex social network within which students can put their methods to the test. In multiple programs with working professionals on both coasts of the United States, in Europe, Latin America and Asia, they report encouraging results.


Via: Mark Varner’s Blog - WHAT ! - Online Games Build Leadership Skills
Online games can be informal yet realistic simulators for contemporary leadership training. Many players believe that being a game leader online has improved their real-world leadership capabilities. Players are known to develop assertiveness as these team members are frequently pushed beyond their boundaries.

These online warriors and their leaders are not afraid to try it again. Online failure in the short-term is tolerable. It is not accepted in the long term. Some very distinctive leadership characteristics develop from playing online games. Leaders are required to make fast decisions based on incomplete data and then modified their approach as more data becomes available.

Leadership is seen more as a task than a position. Leaders routinely switch roles. Frequently swapping roles also helps eliminate burn-out. In these games, individuals acquire skills and tools that allow them to advance to the next level of play. Confronting risk routinely with a level head is an important skill.

In online games an atmosphere of intense honesty develops that many players say gradually makes them less adverse to group conflict in the real world. You find in online simulations that individuals who would not typically be identified as “high potential” for management training end up taking on significant leadership roles in the game. Within teams, members adopt different roles and responsibilities to get things done on behalf of the group.

Fernando Flores was born in Talca, Chile. He became finance minister in the government of Chilean president Salvador Allende and then spent three years as a political prisoner after the military coup of General Augusto Pinochet.

Forced into exile, after negotiations on his behalf by Amnesty International, he moved with his family to Palo Alto, California, and worked as a researcher in the Computer Science department at Stanford University. He subsequently obtained his PhD at UC Berkeley where he developed his work on philosophy, coaching and workflow technology.

For more than 25 years, Fernando Flores and team have provided some of the world’s largest companies with training to improve coordination within teams, to build trust across value chains and to take care of the concerns of their customers and stakeholders alike. As a result of their research over the past two years, they are confident they can use new technologies to very quickly teach people the skills necessary to thrive in a networked world.

Serving as corporate consultant, his clients are large companies and organizations in the U.S., Canada, Mexico, Chile, Italy, Sweden, France and Switzerland, among others.

His outstanding publications to date include:

“Understanding Computers and Cognition – A New Foundation For Design”, 1987, written with Terry Winograd;
“Building Trust in Business, Politics, Relationships and Life”, 2003, written with Robert C. Solomon;
“Disclosing New Worlds - Entrepreneurship, Democratic Action, and the Cultivation of Solidarity”, 1999, written with Hubert Dreyfus and Charles Spinosa.Now he teaches companies how to use assessments and commitments to transform the way they do business.