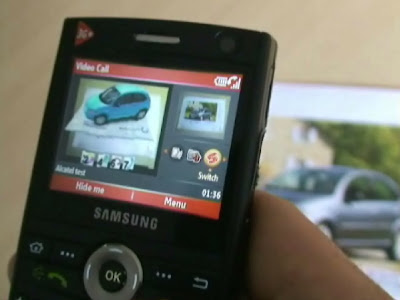 Embedded Mobile AR Solution to be Available on Variety of Platforms

LOS ANGELES and PARIS (September 14, 2009) -- Total Immersion, a world leader in augmented reality, today announced that it has signed an exclusive distribution partnership with int13, a French software firm that specializes in next-gen smartphone applications.

Total Immersion and int13 will integrate their respective technologies to market embedded augmented reality applications through Total Immersion’s D’Fusion Mobile® platform. Compatible with the majority of next-generation mobile phones, the initial application will operate seamlessly on Symbian and Windows Mobile devices, with iPhone and Android support following thereafter. The application will be released early in Q4.

“At int13, we recognize the value of augmented reality as an engaging new way to interact with consumers,” said Stéphane Cocquereaumont, Managing Director of int13. ”Our aim is to develop games and augmented reality applications that make the most of what smartphones have to offer. With this distribution partnership, we look to benefit from Total Immersion’s premier market position as the company brings our combined technology to a global audience.”

Total Immersion is a global leader in augmented reality. Through its patented D’Fusion™ technology, Total Immersion blurs the line between the virtual world and the real world by integrating real time interactive 3D graphics into a live video stream. The company maintains a presence in Europe and the U.S., and supports a network of partners worldwide.

The software company has been working with several big brand names since opening in the UK earlier this year unveiling its campaign to promote the launch of Transformers: Revenge of the Fallen. 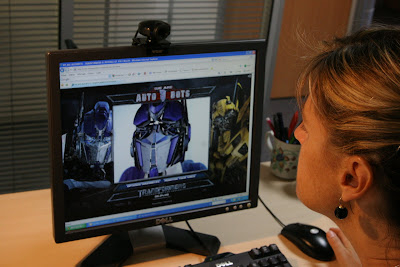 Dan Light, Head of Interactive at Picture Production Company, said: “We are always looking for new ways to engage with movie fans; however, augmented reality has exceeded all our expectations; it has allowed us to take fan interaction to a new level, creating an engaging movie marketing experience that has never been seen before.”

Total Immersion UK sales director, Myles Peyton, explains: “Augmented reality is really starting to take off in the UK and revolutionise the way that firms market themselves. As a marketing tool, augmented reality is extremely powerful, not only in terms of creating compelling new brand experiences, but also in terms of its undeniable ‘wow factor’,” he said.

“Although Total Immersion is still in its infancy in the UK, in France and the US, we are already working in a number of other different markets, from exhibitions and trade shows, to museums and tourist attractions,” he said. “We have also developed a number of applications for company presentations, as well as for retail, publishing and consumer products.”

int13 is a mobile game studio that creates original and innovative content for all mobile platforms. int13 develops its own cross-platform middleware and own mobile augmented reality technology to power its games.