Serious Games For Interactive Geography On The iPhone


As anticipated on my post dated January 14, 2007 IPhone: A New Vehicle for Serious Games, there are a number of existing Serious Games that could be easily adapted to make use of the touch screen interface/input device: Geosense has become available on the iPhone as of August 29.

Geosense is essentially an interactive geography test created using Ajax technology, that allows you to test your knowledge, alone or against another online player.

Geosense has been one of the top Google ranked geography games for over 5 years and is now available in a compact version for iPhone and iPod touch users.

First, choose which map you want to play: United States, Europe, World, and Advanced World. The game itself is all about location, location, location. It consists of a series of rounds, each of which involves clicking on the map where you think the given city is located. You receive points for speed and accuracy, although the latter is given more weight.

High scores for individuals are recorded along with country rankings. So who really knows their geography? Americans? Europeans? Asians? Geosense has players from over 70 countries competing for bragging rights.

If iPhone traffic warrants it, the plan is to set up a separate server. Players would have the choice to play exclusively with other iPhone (and iPod touch) users or with the general public (desktop browsers). 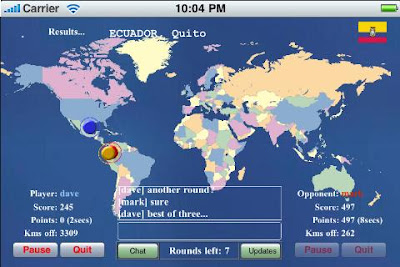 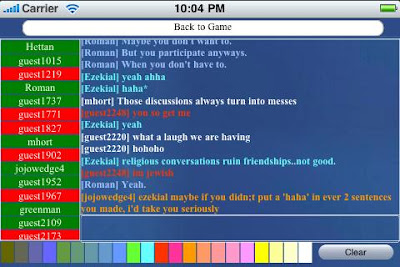