Convergence Is A Serious Game 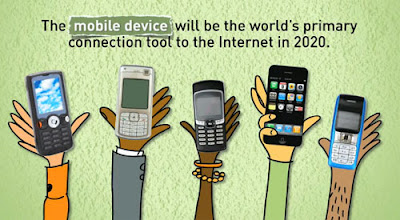 Did You Know 4 0 : The Media Landscape

The original ‘Shift Happens‘ presentation by Karl Fisch, Scott McLeod, and Jeff Brenman was turned into a video and uploaded to YouTube in June 2007. The video was then remixed, becoming a serious YouTube hit called ‘Did You Know?‘ and attracted over 6.5m views.

A new / updated version of the Did You Know film, appropriately called “Did You Know 4.0?” has now been created together with Xplane and The Economist for their Media Convergence Forum (The Moment of Truth: Consumers, Technology and Commerce), to be held on October 20-21, 2009 in New York, NY.

The video illustrates the changing media landscape, from the decline in traditional media to the continuous rise of social media and mobile.
Launched on September 14, the video has become a YouTube Hit with more than 400,000 views.