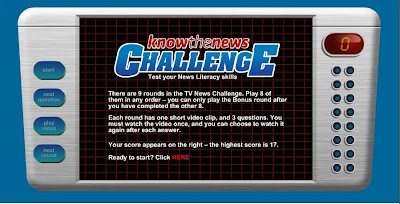 Via: MediaShift Idea Lab - A Serious Look at Serious Games

Their strategy is experimental, but they believe that the more experiments they seed, the more likely to find innovations that will serve communities and strengthen journalism in the digital age.

The John S. and James L. Knight Foundation is accepting applications for the 2010 Knight News Challenge, a contest awarding as much as $5 million for innovative ideas using digital experiments to transform community news. The deadline for applications is Oct. 15.

The 2010 Knight News Challenge is the fourth year of the contest. Knight Foundation plans to invest at least $25 million over five years in the search for bold community news and social media experiments.

Do you have a big idea for informing and inspiring a geographic community? Does it include innovative use of new digital tools or processes such as social media, mash-ups or wikis? How about new ways to exchange information via hand-held devices like cell phones? Knight Foundation wants to know. “You invent it. We fund it!” is the 2010 contest slogan.

News Games - Serious Games To Play With The News

News Games are a genre of non-fiction games that expose players to the news-making process and help them understand the complexity of issues in the news. 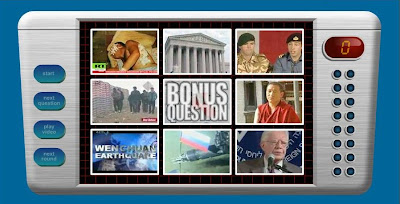 As an example, Nora Paul, director of the University of Minnesota’s Institute for New Media Studies, modified the Neverwinter Nights game to create Playing the News, starting with You be the Reporter: Ethanol as Fuel, where players can explore the environment and gather information on the complex energy issue of using ethanol as a fuel.

Under the umbrella of The Knight Foundation’s News Challenge that looks for ideas that “use innovative news methods to help citizens better connect within their communities, the award-winning Playing the News was pitched as a game prototype for a news scenario-building program allowing citizens to “play” through a news story, interact with the stakeholders in the issue and, hopefully, result in a more in-depth understanding of complicated and ongoing news issues. 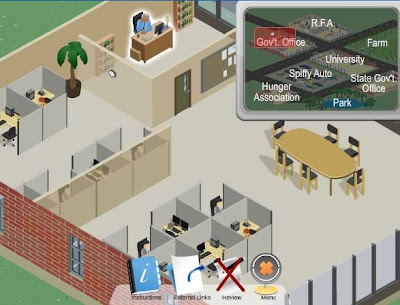 MediaShift Idea Lab is a group weblog by innovators who are reinventing community news for the Digital Age.

Each author won a grant in the Knight News Challenge to help fund a startup idea or to blog on a topic related to reshaping community news. The authors will use Idea Lab to explain their projects, share intelligence and interact with the new-media community online.

Idea Lab is produced by MediaShift and hosted by PBS. The John S. and James L. Knight Foundation provided a grant to MediaShift to produce Idea Lab and to upgrade MediaShift with audio and video.

Idea Lab bloggers post directly to the blog, with MediaShift and PBS providing editorial oversight. The Knight Foundation will be choosing future Idea Lab bloggers based on who wins the Knight News Challenge in future years.