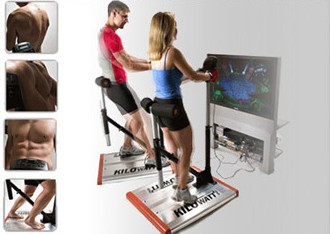 Every few months, it seems like a new “exertainment center” is unveiled (i.e. a glorified gym featuring a few exertainment devices, most of which have been on the market for a few years and have failed to develop a large customer base.)

The latest, Overtime Fitness, got a writeup in ArsTechnica which inspired me to finally write this article.

Several exertainment startups (both on the gym and the equipment sides) have gone out of business in the past few years alone. The reasons for this are numerous:

Fuses traditional, commercial games (which were not designed with exercise in mind!) with funky equipment that tries (but fails) to overcome the inherent design contradiction.

Unfortunately in this case, the products tend to be dramatically overpriced (i.e. three to four times what gyms are accustomed to paying for cardiovascular equipment), poorly engineered (i.e. the equipment or software is likely to break down with heavy use), and/or poorly designed (i.e. the games are terrible, possibly because the people who designed them don’t know much about games).

Offers nothing more than a virtual landscape through which to locomote. 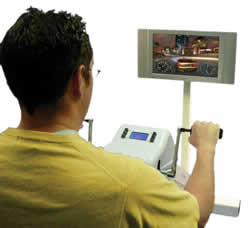 Two decades of exertainment product failures have made traditional gyms — already conservative entities by inclination — extremely cautious about purchasing new exertainment equipment. Who wants to spend several thousand dollars on a single, exotic piece of equipment when there’s a decent chance the maker of that equipment will be out of business in the next few years? Who will support the equipment then? And even if the maker stays in business, will this fancy equipment be a pain to support? 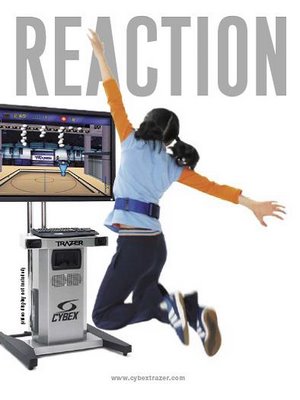 So How Did DDR Succeed?

Dance Dance Revolution is a rare ray of hope in the bleak picture I’ve painted. It’s both a commercial and an institutional success (they’re putting DDR machines in gyms and schools nationwide), and it’s unequivocally fun to play.

But DDR, unsurprisingly, was created by professional game designers, and it was only adopted by fitness institutions after it had become a resounding success in the entertainment space. I can say with 99% certainty that if Konami had simply tried to pitch DDR to US gyms and schools (and to home consumers via traditional fitness channels), DDR would never have gotten off the ground. 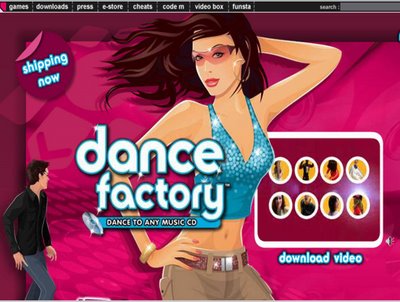 I still believe that exertainment applications have an incredible future, both as profit drivers and (more importantly) as socially-beneficial forms of entertainment in an age of obesity. But it ain’t easy.

I think that budding exertainment product entrepreneurs should consider targeting consumers, not gyms. Thanks to Microsoft’s Live Vision Camera, Nintendo’s Wiimote, and Sony’s Eyetoy, there have never been more opportunities for exertainment in the home, and that doesn’t even include the large number of dance mats already on the market. A successful home game can always be updated and pitched to institutions.