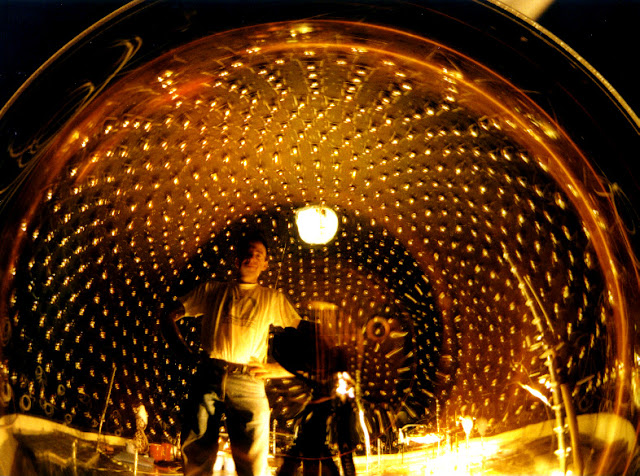 The Research Experiences for Undergraduates (REU) program supports active research participation by undergraduate students in any of the areas of research funded by the National Science Foundation. REU projects involve students in meaningful ways in ongoing research programs or in research projects designed especially for the purpose.

This solicitation features two mechanisms for support of student research: (1) REU Sites are based on independent proposals to initiate and conduct projects that engage a number of students in research. (2) REU Supplements may be requested for ongoing NSF-funded research projects or may be included as a component of proposals for new or renewal NSF grants or cooperative agreements.

RE for yoU, An REU Site for Graphics Research in Rhode Island 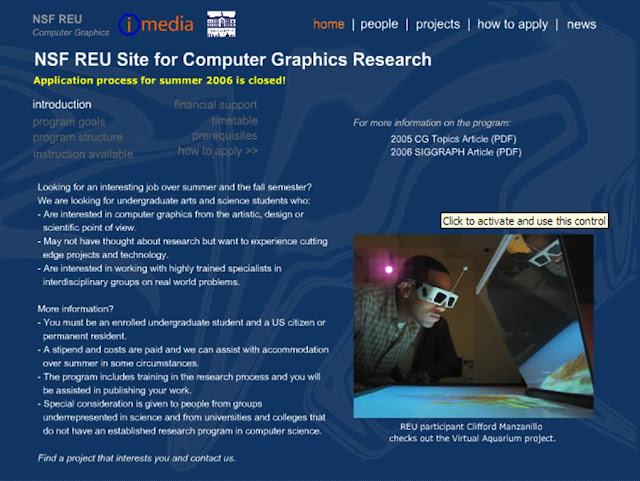 University of Rhode Island RE for yoU, An REU Site for Graphics Research in Rhode ISland Dept. of Computer Science and Statistics

This project establishes an REU site in computer graphics and visualization at the University of Rhode Island.

A variety of multidisciplinary projects have been identified for the interns, including fundamental graphics research or research in support of a variety of applications to include graphical design, transportation, education, and bioinformatics.

The internships are designed for both summer and academic year appointments, and the interns may participate in research projects in three locations: the labs at URI, the not-for-profit imedia Academy, and the Frauenhofer Institute of Computer Graphics in Germany.

The three participating organizations provide rare opportunities to Rhode Island undergraduates to conduct research in resource-rich environments. Interns choosing to conduct part of their research in Germany are exposed to international collaborations and one of Europe's premiere research organizations.

Serious Game Development, at the REU Site for Graphics Research in Rhode Island, entails the integration and application of various computer gaming technologies to real world applications. It represents as such a rapidly growing market.

The following example of a "Serious Game" was developed by the REU student Stephen Lecrenski. 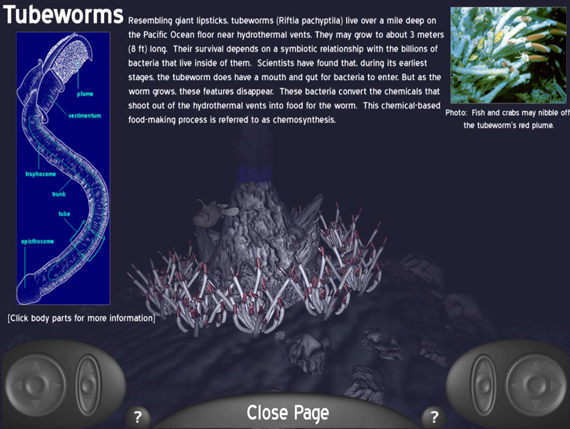 The imedia Academy gives students of institutions of higher education the opportunity to expand the scope of their prior work through exposure to the most up-to-date software applications, design principles, technological innovations and business models.

In some cases, their work is enriched. In other cases, they might migrate to an entirely new area. But in all cases, participants in educational programs offered leave the program with new choices, a new way of approaching the task at hand, and as team players with an understanding of, and a healthy respect for, the interplay of diverse new media elements.