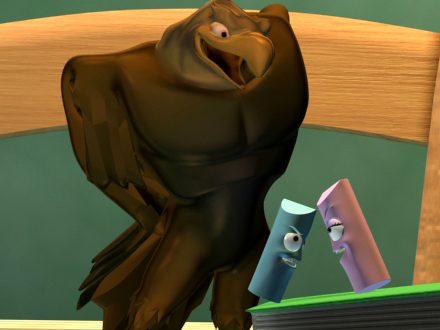 It looks like an animated film, with chalk that talks and a worrisome worm. But it's the latest educational tool — a video game used by teachers to show children how to handle conflict.

The creators of Cool School say it's a skill best learned at a young age. "We can still catch them when they're receptive to this," said Kathy Hanson of the Federal Mediation and Conciliation Service, which has developed the game as part of its initiative to combat youth violence.

With a click of a mouse, kids choose a place in the school where trouble is brewing, such as a student cutting in line at the library. Students are given four choices to solve the problem, and then they are shown the consequences of their pick.

"I solved the problem by clicking the first one," said a 6-year-old at an elementary school in Urbana, Md. "Because if you talk it all out, you don't have to tell the teacher. You can figure it out and get friends again." 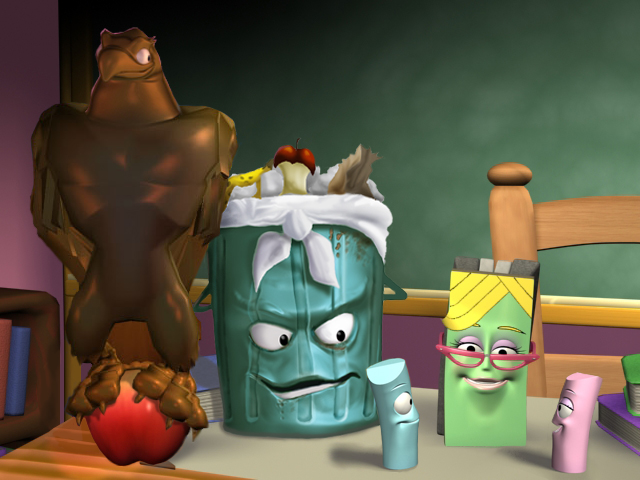 Studies show one in three elementary school children complain they are repeatedly teased, bullied, even hit. Educators say it is important to stop the aggression at this level before it escalates.

To try to reduce violence in schools, Congress turned to the agency with the most experience at handling conflict — the Federal Mediation and Conciliation Service, which usually settles labor disputes. It determined a video game was the answer.

"Children these days, probably the best way to reach them is through technology," Hanson said.

Part computer game, part educational tool, COOL SCHOOL: Where Peace Rules! is a whimsical interactive website that teaches five to seven-year-olds (grades K-2) how to resolve familiar interpersonal conflicts peacefully in a fun, colorful, imaginative way. Commissioned by the Federal Mediation and Conciliation Service and funded by the Federal Government, the program launches in public schools in 2007.