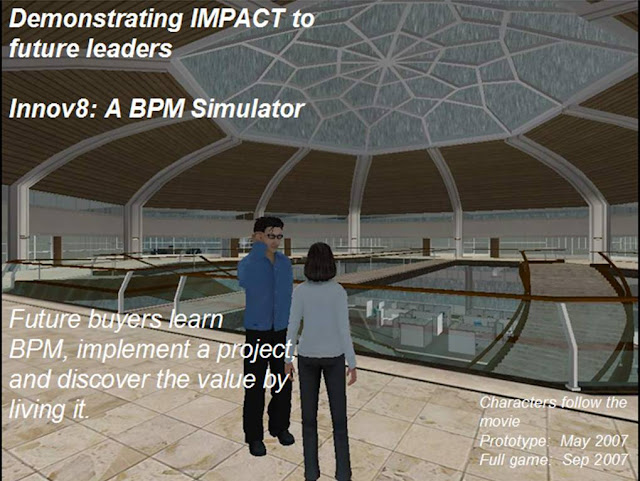 Via: eChannel Line -  IBM Makes A Game Out of SOA

IBM has, quite literally, made a game of service-oriented architecture (SOA).

The company's new Innov8 game is perhaps the world's first business process management (BPM) simulator and aims to help users to combine the needs of the business with the needs of IT, during a trip through an organization that is, at least at first, haunted by its non-SOA structure.

Innov8 stems from a business school contest where students were asked to come up with good ways to educate business and IT people on BPM and SOA concepts, said Sandy Carter, vice president of SOA and WebSphere strategy and marketing.

"To get business and IT people (to understand BPM), you need to look at a simulator or game. It's the way people learn today--it has to be visual and they want to have fun.

In the game, a person is given a series of tasks from the CEO, including understanding a single business process, then finding the bottlenecks that slow it down. 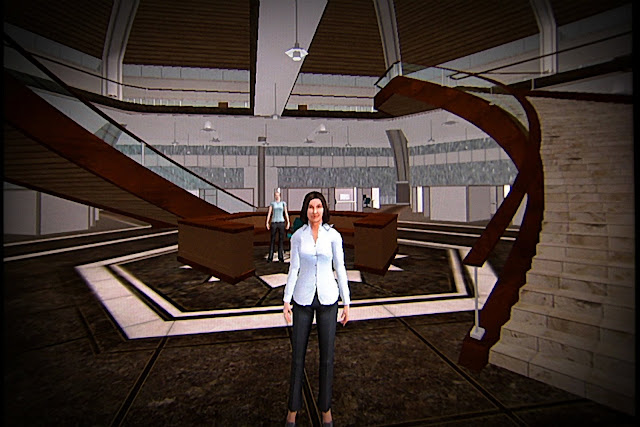 Participants navigate around a virtual office where they can speak to other employees--say, in the call center operation--and report back to executives. 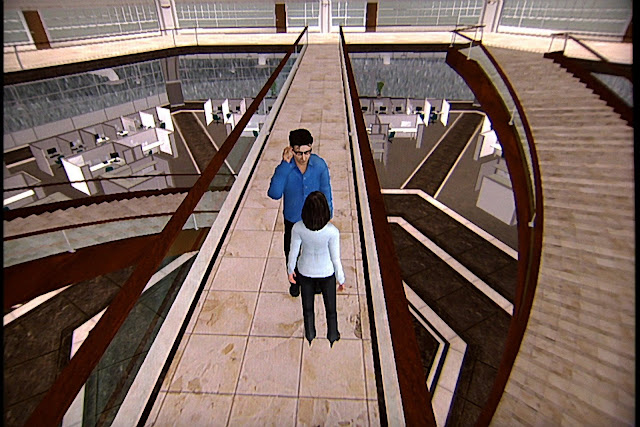 In the end, workers are assessed with a score on how well they did.

The program is being rolled out with the help of Duke University and the University of North Carolina, where it will remain in prototype mode for the time being. Carter said it would be available to the public in September.

Innov8 will be available to the company's channel partners as a way to get their customers ready for the "cultural and skillset changes" that come along with a move to SOA.

IBM intends to make online versions for gaming environments like Second Life, which will allow people to share scores and compete with people online.

In addition to the Innov8 game, Big Blue has embraced virtual worlds with its push for SOA education. All of the keynotes from Impact 2007 were streamed live into Second Life, where the company has also opened a 24/7 "SOA university" with all the typical e-learning tools held under the banner of the popular virtual world. In her keynote presentation, Carter said more than 4,600 people -- more than the 4,000 people in attendance in Orlando -- were taking in presentation on Second Life.

The company also announced a new level of SOA certification, with an Advanced SOA certification joining the existing entry-level and intermediate courses. The new program, slated for general availability in Q3, will stress the need to combine and blend IT and business skills when planning and executing a SOA implementation.