Global Kids Serious Gaming For The Rights Of The Child 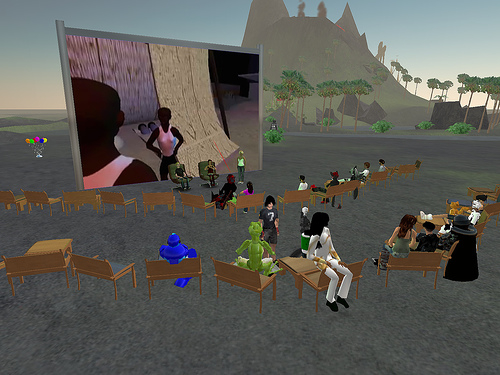 
Global Kids are hosting a Convention on the Rights of the Child (CRC) Machinima Camp within Teen Second Life that will last for 5 weeks, beginning July 23 to August 23, 2007.

Last year, throughout the summer, Global Kids Island ran a free month-long virtual summer camp to encourage teens to form educated opinions on current events -- what's going on in the world, how foreign policy is shaped, who the decision makers are and what other factors come into play. 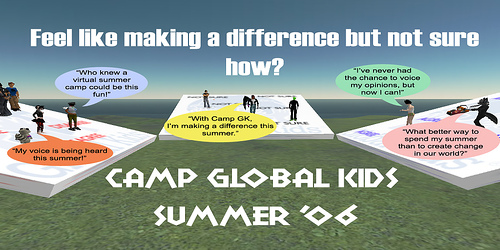 As part of Camp Global Kids, participants chose a topic that interests them and worked to develop a plan of collective action to educate their peers, e.g. GKs organized a virtual sit-in and interactive maze to educate teens about the important issue of child sex trafficking.

This year, the CRC Machinima Camp will involve exciting leadership-development activities and fun workshops that will deal with important children’s rights issues related to the Convention on the Rights of the Child, a document produced by the United Nations. 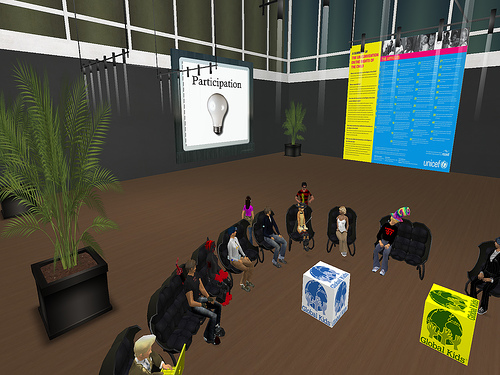 CRC Machinima Camp is a summer program for teens in Second Life who want to make socially-conscious machinima videos on issues that relates to children’s rights, specifically raised in the Convention on the Rights of the Child (CRC).

This is the first ever machinima camp hosted by Global kids, in collaboration with UNICEF. The final machinima videos will be showcased at the Second Life Community Convention in Chicago, IL, on August 25, 2007, and later this fall by UNICEF.

Participants will be learning the how-tos and fundamental techniques of making a machinima, taught by none other but Machinima Guru herself, otherwise known as Moo Money on the main grid. Participants will also be able to understand the significant role that the CRC plays in the life of a child across the world. 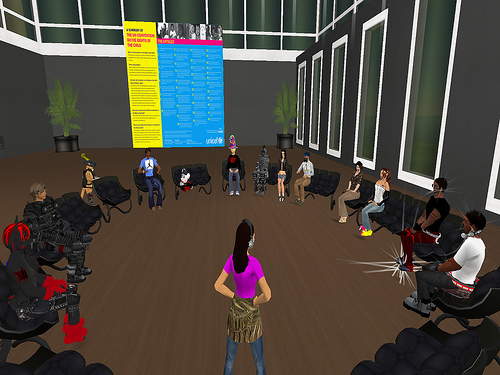 If you want to see an example of a teen-made machinima produced by GK youth leaders in Teen Second Life, please click to watch the official release of A Child's War, a short machinima piece on the issue of child soldiers in Uganda.