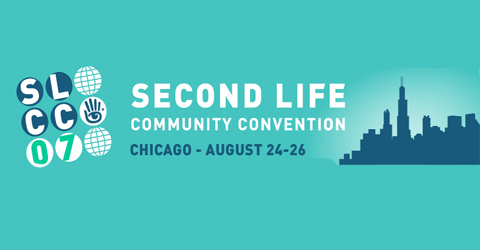 The 3rd Annual SLCC will be held from August 24 - 26 and located in Chicago at the Hilton hotel. The convention has grown in size expecting upwards of 1000 attendees.

This year the SLCC will be using a multi-track format to maximize on content and interaction. The four tracks are Education, Machinima, Business/Future of the Metaverse and Social/Entertainment. There will, of course, be overlapping topics from track to track, and a large, central ballroom for people who just want to mingle, meet friends, and perhaps catch SL musicians strumming away on their acoustics.

In order to provide attendees with some information before the SLCC schedule is posted, SLCC Official Website is posting a series of sneak previews highlighting some of the panel discussions you can attend and participate in over the course of the weekend.

This year's conference focuses on tracks dedicated to online games, audio for games, writing for games, and an all-new people's choice.

The third annual Serious Games Sessions Europe will be held December 3rd at the Palais des Congrès of Lyon. 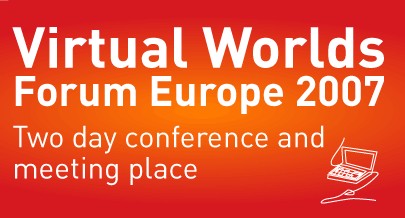 The inaugural Virtual Worlds Forum Europe 2007 will be held from October 23 - 26 at the Canvas buildings in the Kings Cross Freight Depot, London.