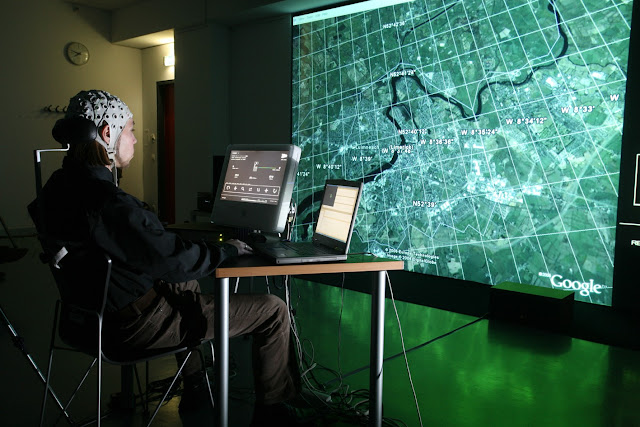 These mentally visualized commands may be seen as the rehearsal of a motor act without the overt motor output; a neural synapse occurs but the actual movement is blocked at the corticospinal level. 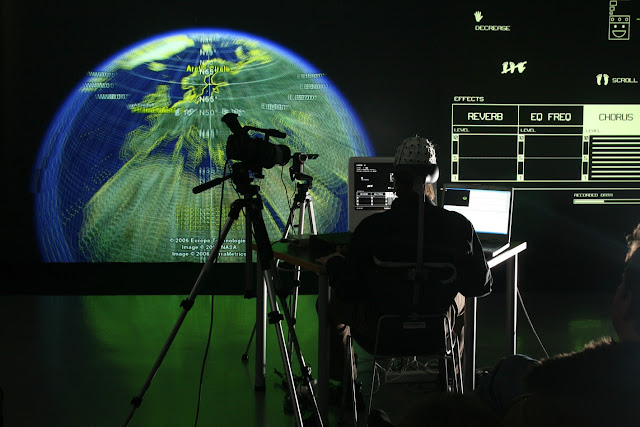 In Brainloop, the subject, Markus Rapp, is able - without physically moving - to investigate urban areas and rural landscapes as he globe-trots around virtual Google Earth. 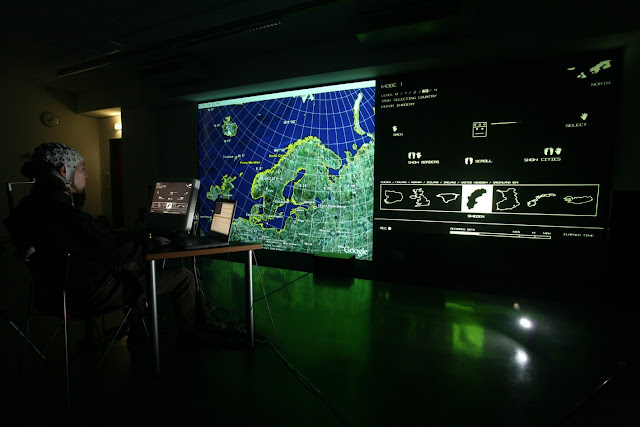 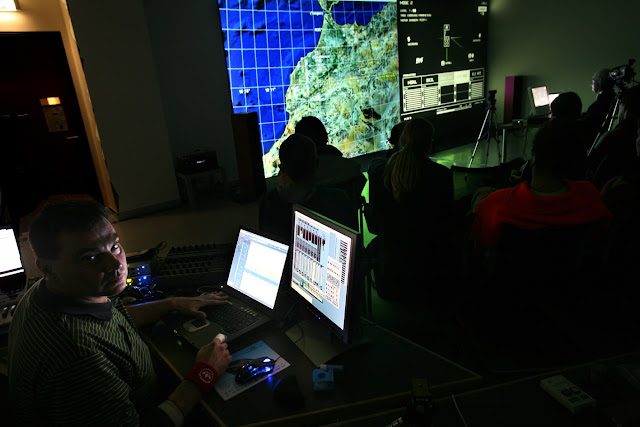 Through motor imagery, he selects locations, camera angles and positions and records these image sequences in a virtual world. In the second half of the performance, he plays back the sequence and uses Brainloop to compose a custom soundtrack by selecting and manipulating audio recordings in real time, as sound designer Brane Zorman re-locates them (5.1 surround) into the physical space.

Brainloop has been awarded with the ARCO/BEEP Electronic Art Prize (category Off-ARCO) at ARCO 07, Madrid, Spain.

The aim is to provide the brain with a new, non-muscular communication and control channel, a direct brain–computer interface for conveying messages and commands to the external world.

A variety of methods for monitoring brain activity might serve as a BCI.

The methods taken in consideration are the Electroencephalography (EEG) and related methods which are non-invasive, have relatively short time constants, can function in most environments, and require relatively simple and inexpensive equipment.