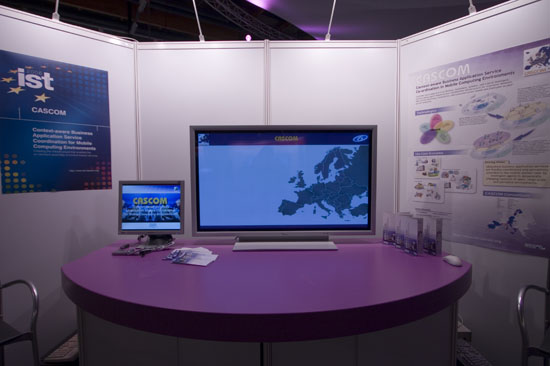 CASCOM is a sponsored project within the 6th EU Framework Program Agreement.

With a total budget of € 2.69 million, the project has an active term from September 2004 to December 2007. The participating partners include 8 other institutes and companies from Germany, Finland, Italy, Portugal, Switzerland, and Spain. The lead project coordinator is DFKI.

The aim of the EU research project CASCOM is to accomplish the intelligent, context sensitive coordination of medical services, in order to insure their availability at any time from any location.

The CASCOM project is working on the integration of application-specific services from intelligent software agents capable of efficiently solving highly complex tasks in dynamic environments. The ability to safely communicate sensitive personal data independent of an established stationary infrastructure opens a whole new range of possibilities in efficient communications

Application scenarios in electronic trading, tele-monitoring, and health services were examined during the previous project period. From these three applications, the "Emergency Assistance Scenario" was implemented with the goal of helping tourists who become ill while away from home.

A traveler can access the data base of the attending doctor or insurance agency using a PDA and the personal CASCOM agents in order to pass on information about prior existing illnesses to the local doctors. The local medical team is provided with detailed information faster and more accurately than when dependent on a personal description by the affected patient.

Expensive and repetitive diagnostic procedures that have already been performed at the patient's home can be avoided; risks and costs are minimized. The information transferred in this way is evaluated to determine whether the patient should be given immediate treatment or whether the decision should be made to transport the patient back to their attending doctor.

Emergency medical personnel who answer a call for assistance from a completely unfamiliar patient also benefit from the CASCOM architecture through ad hoc communications and access to relevant data while on the move.
CASCOM has been undergoing practical testing since the beginning of 2007. 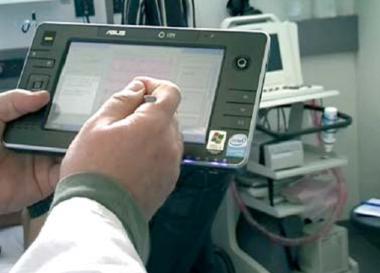 Field test of the Cascom system

The equipment and software is being subjected to usability tests and field testing in a hospital environment began in the spring. In this way, the CASCOM system could be tested under the real conditions involving doctors, rescue services, and patients.

The Tiroler - Landeskrankenanstalten GmbH (TILAK) in Innsbruck, Austria has agreed to be the test partner.Lessons learned in the process are now being implemented and the software is undergoing additional field tests.

A CASCOM system demonstrator reflecting the current state of software development has been presented at the SYSTEMS 2007.

Long range plans call for the entire CASCOM technology to be released as "open source" on the internet. The underlying processes are to be kept generic to permit other uses of the system apart from the medical applications used in the above examples.