Serious Games To Rethink What Is Important For Children To Learn 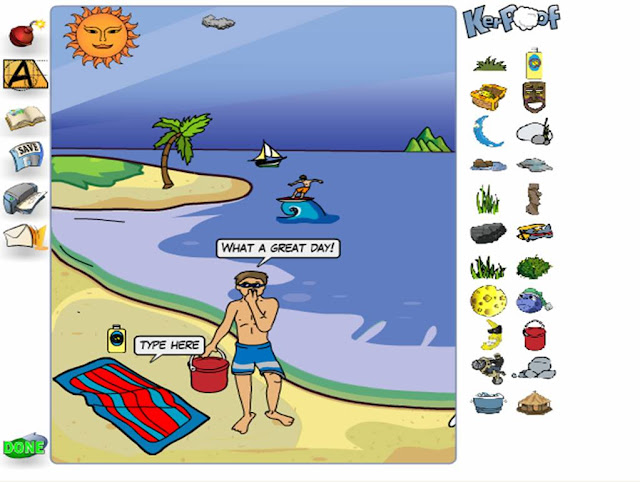 Kerpoof allows you to easily create pictures, stories, and animated movies. Pictures can be created by first selecting a scene from a variety of different back-drops, and then dragging and dropping objects (thousands of which are available) onto the 3D scene. Stories can be created by linking multiple scenes together and adding text.

Kerpoof's goal is to become a leading destination site for children through a suite of activities that are enriching as well as entertaining. While mindless fun has its place, creating a place for mindful fun is the mission of Kerpoof. On Kerpoof, users can create art, stories, and animated movies using a simple 3D interface. When users are done, they can save it to their gallery, share it with others, and vote on their favorites.

This educational art and animation studio, which caters to children aged 6 to 12, debuted in January 2006 with a free online application that allows kids to draw pictures online. Since then, the Kerpoof team has added other applications that let children create their own stories and movies.

On the site kids are able to chose from more than 40 different backgrounds and more than 2,000 different icons, while adding text and movement to create their own stories or movies. The animation studio provides themes derived from fairy tales, wildlife and other fantasy lands. 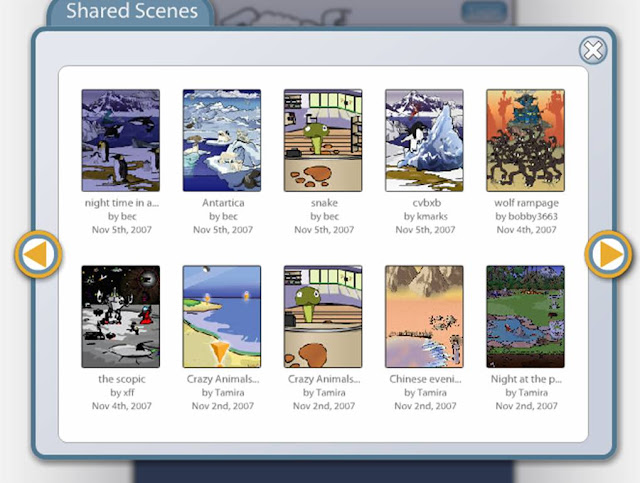 Kerpoof partnered with nonprofit organizations such as the BizWorld Foundation and the National Center for Women and Information Technology to create a product for children and educators alike. BizWorld handles the educational aspects of Kerpoof, marketing the program to teachers and schools nationwide. 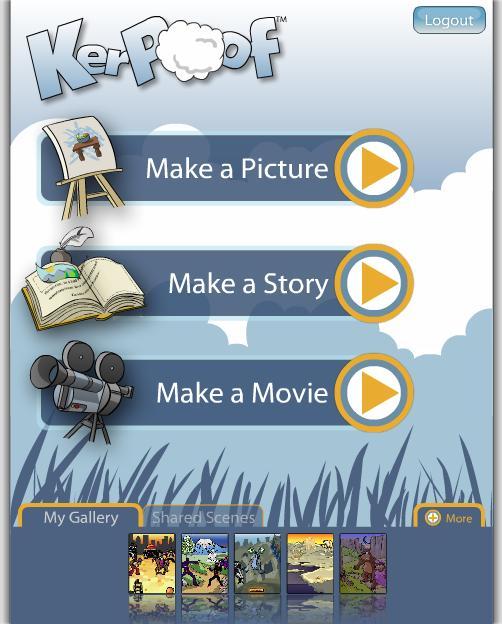 CEO Krista Marks and three other engineers left programmable microchip maker Xilinx Inc. to start Kerpoof in 2006. She and co-founders Jonathan Ballagh, Tom Fischaber and Brent Milne wanted to use their collective engineering and programming backgrounds to do something that combines technology, education and creativity. 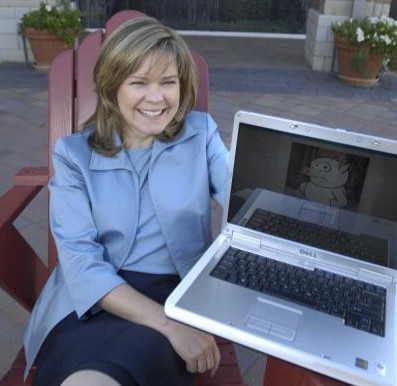 Krista Marks is CEO of Kerpoof

Kerpoof was the only Colorado company selected to launch its new product Sept. 18 at the TechCrunch 40 gathering in San Francisco. It was the first company demo day organized by the influential technology blog TechCrunch.com and featured presentations of 40 startups chosen from 700 applicants around the world.

Kids have signed on to Kerpoof and put together cartoons in German and Italian, growth that Kerpoof attributes to the TechCrunch 40 buzz.

If the 12-employee company succeeds, Kerpoof will grow beyond pictures and short cartoons, maybe branching out into music composition and other media that would interest children and stoke their creativity, Marks said.

"We see Kerpoof as a platform for kids' creativity," she said.
They were encouraged by market research reports that suggested retail sales of educational software for kids was giving way to online services. Studies done on young Internet users show they go straight to the sites they know and enjoy as opposed to surfing, Marks said.