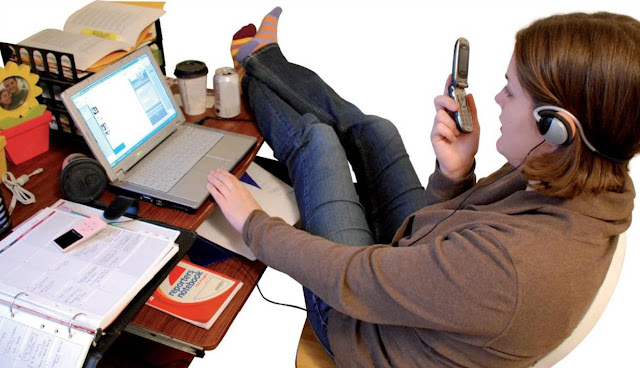 Growing up with Google - What It Means To Education

The ‘Emerging Technologies for Learning’ series aims to help readers consider how emerging technologies may impact on education and learners in the medium term.

This year’s line-up includes articles on:
Growing up with Google has specially drawn my attention by describing the realm of Net Generation and their context for learning.


According to Diane Oblinger, "although educators may see students every day, they don’t necessarily understand their habits, expectations or learning preferences. But it is obvious that technology is an integral part of their lives. To them, IM, text and Google are verbs, not applications."

Although older generations may find communicating via technology impersonal, the Net Generation sees technology as improving their communication. The current generation seamlessly transitions between their ‘real’ and digital lives. Facebook may be the starting point for a friendship.

Their learning styles are influenced by the immediacy and visual richness of the environment they have grown up in, particularly television and the Internet. Net Generation students expect to be engaged by their environment, with participatory, sensory-rich, experiential activities and opportunities for input. They are more oriented to visual media than previous generations.

Students seem to be more at home with images (icons, video, photos) than text – the opposite of what most educators consider their comfort zone.
According to a 2005 study, more than one half of all American teens – and 57 per cent of teens worldwide who use the Internet – could be considered media creators, producing blogs and Web pages, posting original artwork, stories, or videos online or remixing the online content of others.

Students capture images with mobiles or video cameras then share experiences with friends and strangers alike through MySpace or Facebook-like environments.

Socialising involves images as well as text. And, visual literacy is an important part of digital literacy.

Today’s visual options are expanding rapidly. Students email photos from their mobile phones but also post images on Flickr. Video can be shared on YouTube or on sites designed for young people such as UthTv.

But images represent only one possible dimension. For example, Flickr goes beyond just photo sharing – users can geotag photos, pinpointing the photo’s exact latitude and longitude.

Images can be integrated with Google Maps as well, allowing users to populate locations with their own tags and documentation, sharing a personal history associated with the space.

Another media form is the mashup, which combines stand-alone technologies into a novel application, allowing users to put together different types of data.

Mapping mashups, in which maps are overlaid with information, may be the best known example of this rapidly growing genre. Some mashups provide details for specific locations. Others bring together different data sources, such as combining crime data with location information (ChicagoCrime.org for example). A music mashup mixes tracks from two different source songs. Tools (for example, Google’s Mashup Editor, Intel’s mashup maker, or MIT’s Piggy Bank [http://simile.mit.edu/wiki/Piggy_Bank]) allow non-technical individuals to mix up data, find new meaning, and present it in interesting ways.

Educationally, mashups can be extremely valuable (helping students integrate previously disparate types of information), but they are not without their cautions (such as use of others’ intellectual property).

Many educators express concern that students do not read – well or enough. Yet we find ourselves in an increasingly visual world. Graphic representations sometimes reveal relationships in data, for example, that could not be readily discerned from tables of numbers. Applications are emerging that capitalize on visual relationships (for example, Quintura [http://www.quintura.com] which displays visual relationships; their website promotes Quintura for kids as the first ‘visual search engine for the youngest Web users’). Visuwords [http://www.visuwords.com] allows users to look up words to find their meaning as well as discover associations with other words and concepts, which are displayed graphically.

But even visual images may merit enhancement. A team of researchers at Zhejiang University is developing the Emoplayer, a tool that highlights the emotional state of the characters on a video timeline. The emotional markers make it easier for users to navigate video content compared to standard media players. Users who search with emotional markers find the desired segments more quickly than those using traditional search techniques.