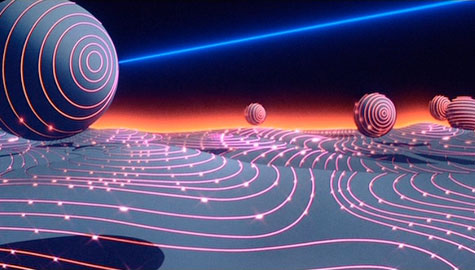 I've been receiving quite a few inquiries regarding the apparently conflicting figures for the Serious Games market size short term.

The recurring issues would be: a) Could you advice me on the components of this calculation? b) Do you know the criteria utilized for PricewaterhouseCoopers’ report? c) Even if I feel that the article on your website is the closer to reality : $ 1 - 2 billion in 2008, recent reports circulating in US and Europe are talking about $ 9 -11 billion.

Here Are Some Background Presumptions

PricewaterhouseCoopers' report "Global Entertainment and Media Outlook: 2007-2011", in its Video Games segment, reflects consumer spending on console games (including handheld games), personal computer games, online games (including all games delivered over the Internet, including massive multiplayer online games [MMOGs]), downloadable games (whether to computers or to consoles), on-demand games streamed through a Web site, and wireless games played on mobile phones. In the United States, spending also includes advertising on video games. The category excludes spending on the hardware and accessories used to play the games.

The PwC 2007 report sets the best estimate for the overall video game market and is a traditional one, but so far, no specific forecast for the Serious Games field has been developed.

I did publish an update to my original post at Serious Games: A Sizeable Market - Update , in June 2007. At that point, I stated that my conservative estimate was $ 1.5 -2 billion for 2008.

My departing points for the above estimate were as follows:

a) Presentations at the SG Summit DC 2006

The market is 37B for modeling and sim, 10B in games, 10.3 billion corporate training, and 9.6B in healthcare. From this data they discerned that $ 150-200 million were moving to the Serious Games market.

b) Leveraging on collective intelligence

For the Serious Games segment, I have leveraged on collective intelligence to produce, what in my view, is still a conservative forecast. The reason for risking a higher figure was two-fold: 1) the incredible amount of Non-Disclosure Agreements imposed by the predominant "work-for-hire" business model for the segment, which artificially "downsizes" the market and 2) a possible step change introduced by the emergent supply chain for Corporate and Healthcare training games, with the following breakdown:

At that point the essence of my $ 1.5 - 2 billion dollar estimate for 2008, derived from the predominant "work-for-hire" business model for the segment, as opposed to a large scale distribution.

Late December 2007, however, following my prior post Microsoft Shaping The Serious Games Movement Into A Multi-Billion Dollar Market, where I state that "by no means would Microsoft join either a current $ 150 million dollar market or a to-be $ 1 billion market only in 2011" (as projected by a few sources), BusinessWeek has published an article where David Boker, senior director of the Business Development Group at Microsoft's Aces Studio, one of Microsoft's game studios where ESP was developed, says Microsoft conservatively estimates this market at $9 billion.

c) Reconciling The Above Figures

With regards to the different figures for the SG market size, the following considerations might be of help, aligned with Ben Sawyer's 2004 article Gaming Our Way to Our Better Future:
Dear all, please do not hesitate to challenge me back!