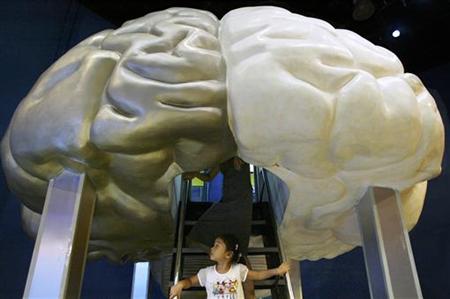 Via: SharpBrains - Report: The State of the Brain Fitness Software Market 2008

After many months of work SharpBrains have released their inaugural 87-page report on the emerging Brain Fitness Software Market, the first to define the brain fitness software market, summarize the science behind brain plasticity and cognitive training, and analyze the size and trends of its four customer segments:
They have estimated the size of the US brain fitness software market (which can range from games such as Nintendo's Brain Age to programs backed by research showing they can improve memory or other cognitive functions) at $225M in 2007, up from $100m in 2005 (50% CAGR). The two segments that fueled the market growth: consumers (grew from $5m to $80m, 300% CAGR) and healthcare & insurance providers (grew from $36m to $65m, 35% CAGR). 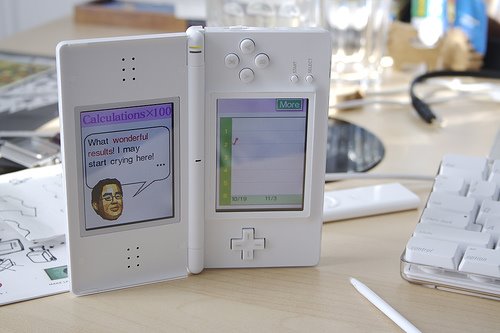 The Nintendo Brain Age phenomenon has driven much of the growth

The report tracks developments at over 20 public and private companies
offering tools to assess and train brain functions and provides important industry data, insights and analysis to help investors, executives, entrepreneurs, and policy makers navigate the opportunities and risks of this rapidly growing market.

The report discusses the implications of cognitive science on healthy aging and a number of disorders such as attention deficits, dyslexia, stroke and traumatic brain injury, schizophrenia, autism, mild cognitive impairment, and Alzheimer’s disease. 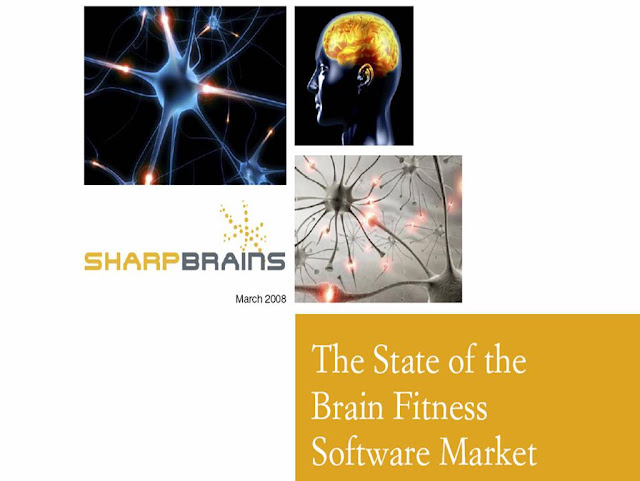 One, among the Ten Specific Highlights from The State of the Brain Fitness Software Market 2008 report, has drawn my attention:

And, exactly like John Rice, I’m particularly intrigued with the potential market for brain fitness software in the form of educational Serious Games for K-12 schools.

Brain Age - The highest profile example of a program focused on broader brain health is a new line of Nin­tendo games called Brain Age and Brain Training. Since the launch of the original brain exercise hand-held computer game Brain Age (2005 in Japan, 2006 in the USA and Europe), Nintendo has proven that there is a large business opportunity for brain fitness video games.

Nintendo does not claim any scientifically proven effects of using the game. Rather, the program announces to users that it was “inspired by” Dr. Kawashima’s research. Nevertheless, users are likely to assume that there is some brain benefit from the many references to “brain” improvements throughout the game. 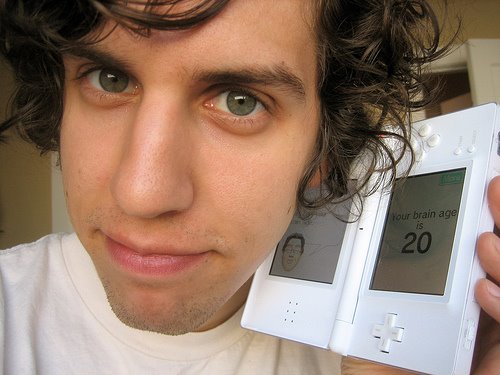 As of end of January 2008, Nintendo has sold 17 million copies of brain exercise games world­wide since the launch of Brain Age, with sales in the US trailing those in Japan and Europe.

Casual Games - The market for casual games is projected to hit $725 million in 2008, up from a 2006 total of $375 million17. According to a survey by PopCap Games, a leading developer and publisher of casual games, many players report that they use casual games because of the perceived brain benefits.

A growing convergence between the Brain Fitness Software market and Corporate Serious Games is expected, given demographic trends such as the aging workforce.