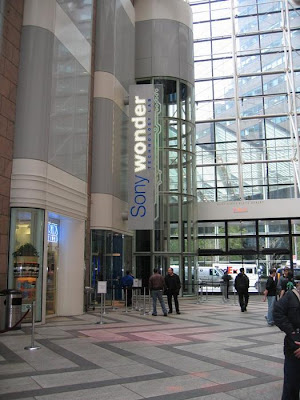 Race to Equality, will premiere on Thursday, June 26th, at 6:00 pm at the Sony Wonder Technology Lab in Manhattan. The public is welcome to attend the free screening, but seating is limited.


New York, NY, June 18, 2008 - A diverse group of New York City public high school students, brought together by Global Kids, have produced an important new animated movie that exposes how racism relates to equal access to education. The film was created in Second Life, a three-dimensional "virtual world" that Global Kids uses to educate youth from around the world about global issues.

The film, Race to Equality, will premiere on Thursday, June 26th, at 6:00 pm at the Sony Wonder Technology Lab in Manhattan. The public is welcome to attend the free screening, but seating is limited.

The press is also invited to cover the screening and talk to the young filmmakers who will be available to discuss their work. RSVP: vvp@globalkids.org The Sony Wonder Technology Lab is located at 550 Madison Avenue (56th St.). It can be accessed by subway (4, 5, 6 to 59th St.; N, R E, V, to 5th Ave.).

Race To Equality is the culmination of the year-long Virtual Video Project, an after-school program conducted by Global Kids, Inc. The students gathered regularly during the past year to learn about film production, global access to education, and virtual worlds. Their knowledge and efforts resulted in the production of Race To Equality, a year-end project on the struggle of individuals from Brazil, Tibet, and the United States to overcome racism in higher education. 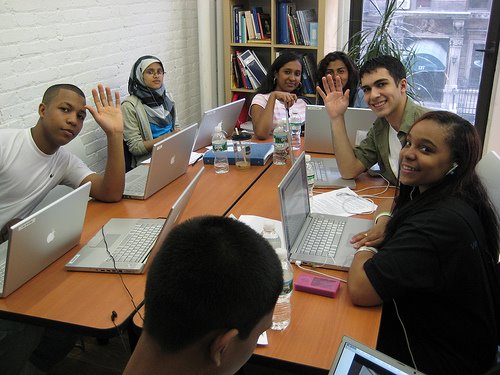 Race To Equality is a short video that displays the students' impressive understanding of both digital media and important international issues. Through Race To Equality, the 15 young creators illustrate a poignant story about the struggle of three individuals in Tibet, Brazil and the U.S. to overcome institutional racism in their respective countries. While the stories are fictional, they are based on research with the U.N. about unequal access to education and financial aid in China, Brazil and the U.S. In the film, the characters document their experiences at the U.N. Headquarters, underlying the film's central message about the necessity to take social action to overcome such obstacles.

Race To Equality was created in the virtual world of Second Life, one of several "virtual worlds" that offers a three-dimensional environment where online participants from around the world are represented by avatars in social and workplace interactions that mimic and reinvent the physical world. Second Life has millions of users and a growing non-profit community.
By streaming the video in Second Life, disseminating it online, and presenting it at screenings such as the one on June 26th, the students hope to raise awareness about the critical global issue of unequal access to education.

The Virtual Video Project is part of Global Kids' Online Leadership Program (OLP) and made possible with funding from the John D. and Catherine T. MacArthur Foundation and the New York City Department of Youth and Community Development. The project was also supported by the Campaign for Educational Equity at Columbia University.

The OLP helps underserved youth learn about important international affairs issues and exercise their leadership skills through innovative media forms. Students in the OLP's Virtual Video Project meet twice a week throughout the school year. The after-school program educates them about film production, digital media literacy, youth media, civic engagement, and global education. Throughout the Virtual Video Project, students learn about Second Life, construct a storyboard based on a global issue of their choosing, create a series of public service announcements, and create one short film such as Race To Equality. Last year VVP produced A Child's War about child soldiers in Uganda.

Founded in 1989, Global Kids' mission is to transform urban youth into successful students and global and community leaders by engaging them in socially dynamic, content-rich learning experiences. Through its leadership development and academic enrichment programs, Global Kids educates youth about critical international and domestic issues and promotes their engagement in civic life and the democratic process. Through professional development initiatives, Global Kids provides educators with strategies for integrating experiential learning methods and international issues into urban classrooms. Over ninety percent of the high school seniors who participate in Global Kids' leadership program graduate from high school.