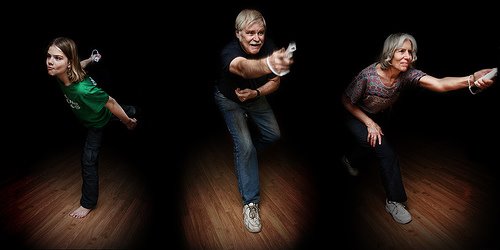 On November 12, 2007 the Robert Wood Johnson Foundation (RWJF) launched Health Games Research, a new national program to support research to enhance the quality and effectiveness of Serious Games that are used to improve health, which was object of my posting Advancing The Effectiveness Of Serious Games For Health.

The $8.25-million grant builds on RWJF's ongoing work to understand the potential for games to improve health and health care, and to forge connections between the games and health fields.

They also provide simulation environments that health care professionals use to hone their skills, and help policy-makers and public health leaders plan for natural disasters and infectious disease outbreaks. Growth in this field has underscored the need for more research to understand how games and game technologies can be designed to benefit people's health and health care.

The first Health Games Research call for proposals, also announced on November 12, has awarded $2 million to support studies that investigate principles of effective health game design. In this initial round of funding, grant recipients should focus on games that engage players in physical activity and/or games that promote and improve players' self-care.

Health Games Research will support a second round of funding in 2009, awarding up to an additional $2 million in grants.

Susan Jenks at Florida Today now reports the Robert Wood Johnson Foundation has awarded the $2 million in research grants to 12 research teams nationwide to look at the upside of gaming and its potential health benefits, from helping stroke and trauma patients regain balance to enhancing healthy lifestyle choices.


At the University of Central Florida, for example, researchers will receive $200,000 over the next two years to develop a role-playing game for individuals diagnosed with alcohol abuse or dependence to allow them to practice skills in a virtual setting that might help prevent real-world relapses.

University of Florida researchers in the College of Public Health and Health Professionals will test the impact of Sony Playstation2 game "Crazy Taxi" on the visual attention skills of the elderly, using a $100,000 grant.

And although not grant recipients, the three major health care providers in Brevard County have gotten into the act, using video games as add-ons to regular rehabilitation programs for a range of balance problems brought on by stroke or accidents and for strengthening muscles after sports injuries.

Two of them --Parrish Medical Center and Wuesthoff Health System -- already use Nintendo's game console, the Wii, for "Wii-Hab," as the physical therapy is known, while Health First will begin using the same system at its new Viera-based Pro Health and Fitness Center when it opens in the fall. 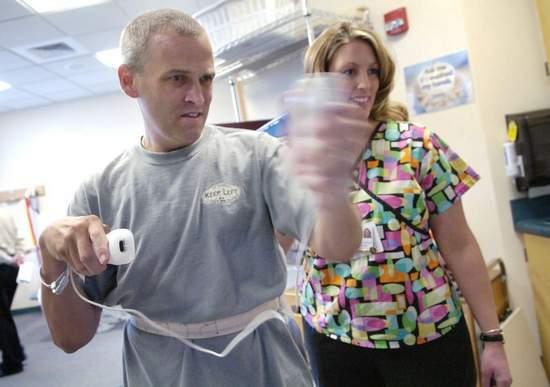 Physical therapy assistant Lachelle Herron assists Jeff Hanson at Parrish Medical Center in Titusville as he plays a boxing game on a Wii game system as part of his therapy to recover from his injuries. Hanson found the video game to be so beneficial in his recovery, he bought one for himself to continue using at home. (Craig Bailey, FLORIDA TODAY)

Goal-orientation is just one aspect of game playing that researchers think will help patients perform repetitive actions that may improve their health.

"Gaming also can be a lot of fun, motivating participants to do more," said Patricia Belchoir, a postdoctoral fellow at the University of Florida and one of three investigators looking at gaming impact on the visual and cognitive function in the elderly.

Belchoir said the university will begin recruiting for the study in August, testing 72 seniors, 65 or older, on the action game "Crazy Taxi," which they will play for three months at home. In the game, players operate a taxi and zoom around cities trying to pick up customers and take them to their destinations. Obstacles abound. 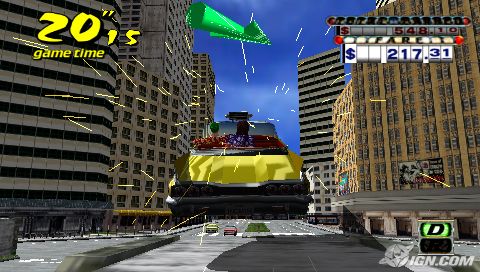 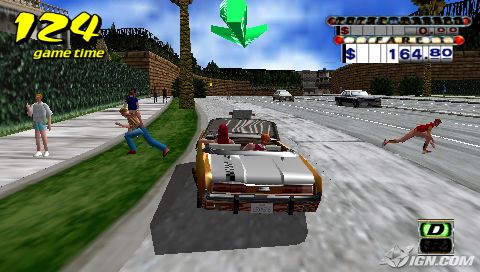 Afterward, participants will retake a series of visual tests that measure how quickly they can identify specific objects as they flash across a computer screen. Distractions are added along the way as the tests increase in difficulty.

"We want to see whether there is improvement and if it will transfer to driving and mobility" -- two essential skills as people age, Belchoir said.

In its study, University of Central Florida researchers plan a customized approach, creating their own game over the next year to look at relapse prevention in individuals with alcohol abuse or alcohol dependence in their background.

"This is really a proof-of-concept study" as an adjunct to regular outpatient treatment, said Dr. Marcia Verduin, a psychiatrist in general and addiction psychiatry who is developing the "addiction component" of the game.

Verduin and co-investigator Clint Bowers, a psychology professor, hope to enroll 40 adults in the study in the grant's second year, coordinating with the Veterans Administration Medical Center in Charleston, S.C., for participants.