Serious Games As A Vehicle For Accessibility Advocacy 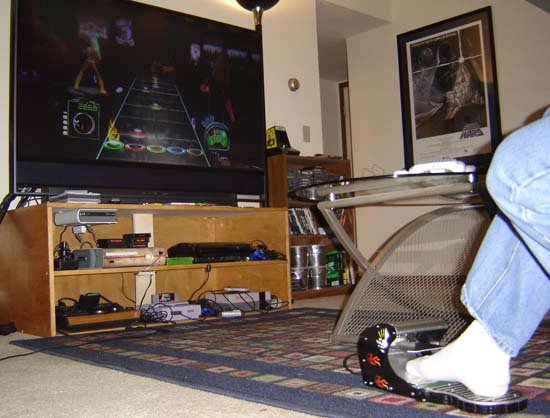 
A ConfessionReviewing my almost 600 posts, published over the last two years, I have now realized they share an unforgivable flaw: none of them was dedicated to accessibility.

Therefore, FUTURE-MAKING SERIOUS GAMES Blog has not delivered on its promise of exploring how games can be used for building a better future.

The ATARI generation has witnessed the "evolution" of consoles, games, and controls -- infinite options that have made electronic games increasingly attractive and complex since their inception.

This evolution may have attracted a larger audience but has also become an excluding factor, chasing away players with special needs.

Accessible game interfaces often result in reaching many more gamers which is a key issue for both mainstream and serious games.

With Serious Games gaining notoriety year after year and extending videogames reach to all population segments as an important cultural and quality of life resource, they have also the potential to become a vehicle for inclusion and accessibility advocacy.

One example would be Educational Serious Games: to be used in public schools, they would have to be accessible.

The International Game Developers Association's Game Accessibility Special Interest Group (GASIG) was formed to help the game community strive towards creating mainstream games that are universally accessible to all, regardless of age, experience and disability.

The focus of IGDA’s GASIG has been to research how to make games more accessible and to serve as an outreach to game developers interested in facing the challenges of creating accessible design.

The GASIG Blog is a place for GASIG’s announcements and news on all things about accessibility and games! 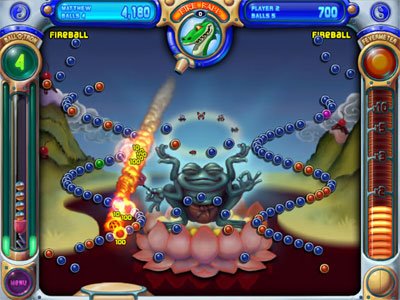 Tens of millions of disabled consumers have gravitated to casual videogames as a source of relief or distraction from their infirmities, as well as a sense of accomplishment or belonging, according to a new survey conducted by Information Solutions Group on behalf of PopCap Games, a leading multi-platform provider of casual games.

The survey found that more than one in five (20.5%) players of casual videogames have a physical, mental or developmental disability.

Compared to the casual gamer population as a whole (which industry estimates peg at 300 million to 400 million players worldwide), those with disabilities play more frequently, for more hours per week, and for longer periods of time per gaming session. They also report that they experience more significant benefits from playing and view their game-playing activity as a more important factor in their lives than do non-disabled consumers. 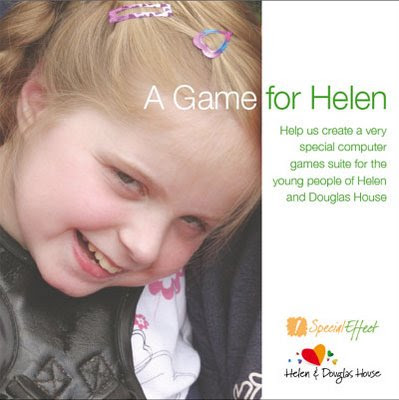 SpecialEffect is a charity dedicated to helping ALL young people with disabilities to enjoy computer games.

For these children, the majority of computer games are simply too quick or too difficult to play, and SpecialEffect helps them and their parents to find out which games they CAN play, and how to adapt those games that they can't.

Among their current projects is A Game For Helen.

What is the Game for Helen project?

It’s now widely acknowledged that young people can make remarkable gains in terms of their self-esteem, motivation and socialization through the use of appropriate video game technology.

However, the vast majority of these games are designed to be played by people with considerable dexterity - and often at great speed. As a result, many of the young people with disabilities at Oxfordshire's Helen and Douglas House are denied the enjoyment and community fellowship that such leisure technology can bring.

A Game for Helen will enable a specialist team of professionals to set up and support a new games suite at Helen and Douglas House that matches the young people’s specific interests and abilities. It will give them the same level of access to computer game technology as everyone else - and let them get more fun out of life!

A Game for Helen will commence in November 2008 (in time for Christmas) and will continue until April 2010.

SpecialEffect will work in partnership with the staff and young people at Helen and Douglas House to identify the range of games and equipment required. The relevant leisure technology then will be purchased and installed at Helen House by the SpecialEffect team. They will then provide initial training for staff on how to use the equipment.

Following this training, SpecialEffect will provide 18 months of ongoing support to ensure that the staff feels sufficiently proficient and confident to make the most of this technology for the young people they care for.

A year into the 18-month project (Nov 2009), a review will take place to consolidate a strategy that will build on the achievements of the project once it is completed. New games and assistive technology become available all the time, and the review will focus on how best to ensure that the young people will gain maximum benefit from such developments on an ongoing basis.

Helen, who’s eleven, has been a visitor to Helen House since she was very young. She’s a bright girl with a rare metabolic disorder, and she finds it very difficult to control her body well enough to operate any of the usual devices which people use to play computer games. In fact, any kind of movement, including speech, can trigger a flurry of involuntary movement. For her, speaking or moving any of her limbs is difficult, tiring and uncomfortable. 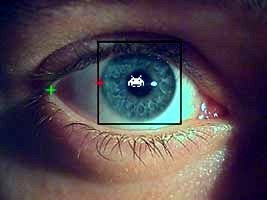 The Game for Helen project will provide Helen and others with a computer games suite that includes a special gaze-controlled computer. All they’ll need to do is to move their eyes, and they’ll be able to drive a racing car, create music or play games.