US Army Invests In Serious Games For Telepathic Communication 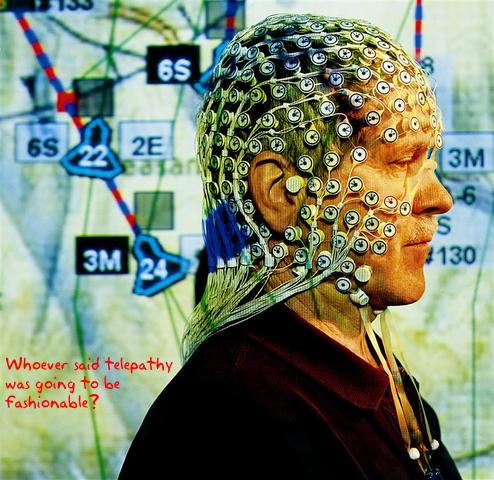 A team of UC Irvine scientists has been awarded a $4 million grant from the U.S. Army Research Office to study the neuroscientific and signal-processing foundations of synthetic telepathy.

The research could lead to a communication system that would benefit soldiers on the battlefield and paralysis and stroke patients, according to lead researcher Michael D’Zmura, chair of the UCI Department of Cognitive Sciences.
“Thanks to this generous grant we can work with experts in automatic speech recognition and in brain imaging at other universities to research a brain-computer interface with applications in military, medical and commercial settings,” D’Zmura says.

The brain-computer interface would use a noninvasive brain imaging technology like electroencephalography to let people communicate thoughts to each other.

“Such a system would require extensive training for anyone using it to send and receive messages,” D’Zmura says. “Initially, communication would be based on a limited set of words or phrases that are recognized by the system; it would involve more complex language and speech as the technology is developed further.”

D’Zmura will collaborate with UCI cognitive science professors Ramesh Srinivasan, Gregory Hickok and Kourosh Saberi. Joining the team are researchers Richard Stern and Vijayakumar Bhagavatula from Carnegie Mellon’s Department of Electrical and Computer Engineering and David Poeppel from the University of Maryland’s Department of Linguistics.

The grant comes from the U.S. Department of Defense’s Multidisciplinary University Research Initiative program, which supports research involving more than one science and engineering discipline. Its goal is to develop applications for military and commercial uses. 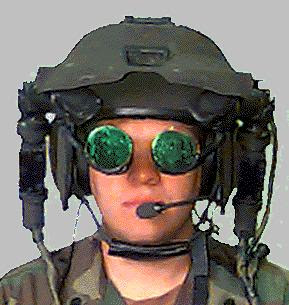 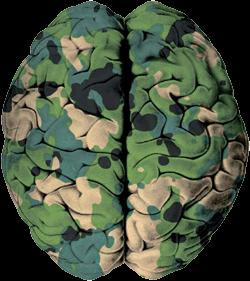 The Army's initial goal is to capture brain waves with incredibly sophisticated software that then translates the waves into audible radio messages for other troops in the field. "It'd be radio without a microphone", says Dr. Elmar Schmeisser, the Army neuroscientist overseeing the program. "Because soldiers are already trained to talk in clean, clear and formulaic ways, it would be a very small step to have them think that way."

The five-year contract it awarded last month to a coalition of scientists, seeks to "decode the activity in brain networks" so that a soldier could radio commands to one or many comrades by thinking of the message he wanted to relay and who should get it.

Initially, the recipients would most likely hear transmissions rendered by a robotic voice via earphones. But scientists eventually hope to deliver a version in which commands are rendered in the speaker's voice and indicate the speaker's distance and direction from the listener.

"Having a soldier gain the ability to communicate without any overt movement would be invaluable both in the battlefield as well as in combat casualty care," the Army said. "It would provide a revolutionary technology for silent communication and orientation that is inherently immune to external environmental sound and light."

The key challenge will be to develop software able to pinpoint the speech-related brain waves picked up by the 128-sensor array that ultimately will be buried inside a helmet. Those sensors detect the minute electrical charges generated by nerve pathways in the brain when thinking occurs. The sensors will generate an electroencephalogram — a confusing pile of squiggles on a computer screen — that scientists will study to find those vital to communicating.