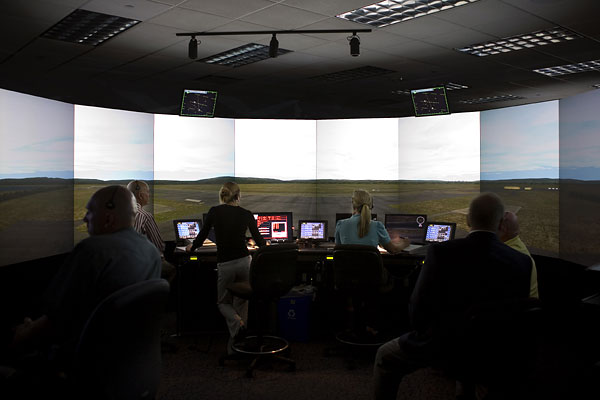 Students and instructors using air traffic control simulator at the Federal Aviation Administration headquarters in Oklahoma City. The simulator guides trainees through airplane departure and arrival sequences, all displayed on a 315 degree screen.

Via: The New York Times - For Air Traffic Trainees, Games With a Serious Purpose

The air traffic control tower offers a panoramic view of the runways, the terminal, the three windsocks and, off in the distance, the outlines of downtown’s biggest buildings. Every once in a while, a controller being trained in this virtual tower at the Federal Aviation Administration Academy makes a mistake and planes collide. They erupt in a fireball that burns for several minutes, until it is time for a new simulation.

The sophisticated Serious Games are meant to address a serious real-world problem: nearly two-thirds of the agency’s 15,000 air traffic controllers will no longer be working by 2017 when they reach the mandatory retirement age of 56.

As a result, the agency now must hire and train some 1,700 controllers a year for the next decade. Experts say that having a high proportion of trainees and rookies in towers and radar rooms may reduce safety. To meet the challenges, the agency is turning to electronic tower simulators, which one instructor described as “a big Xbox.”

Officials say they are hoping that the use of the simulators will cut training time 20 percent to 60 percent. Training costs average $74,000 a controller but vary widely, being higher for the busiest, most complex airports. 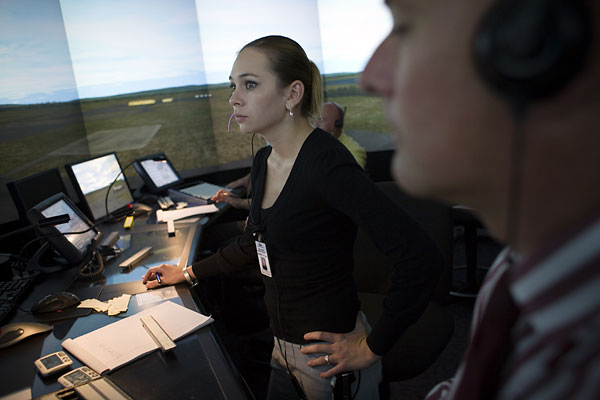 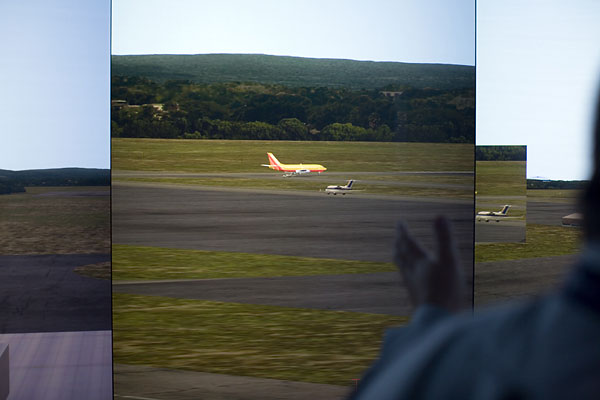 Students practice tower simulations in real airspace. "My students will never have a better opportunity to run two airplanes together than they do here," said Terry Harrington, who teaches radar control techniques.

The agency has used simulators for radar training for years, but it recently began installing simulators for control towers. O’Hare International Airport in Chicago has one, and others will be scattered around the country.

At the academy, six simulators run about 18 hours a day. In addition to the simulators, the F.A.A. continues to use its old training method in which trainees simulate flights by carrying model planes around the room and following instructions from a controller. On the floor, masking tape is marked with numbers representing miles from the end of the runway. 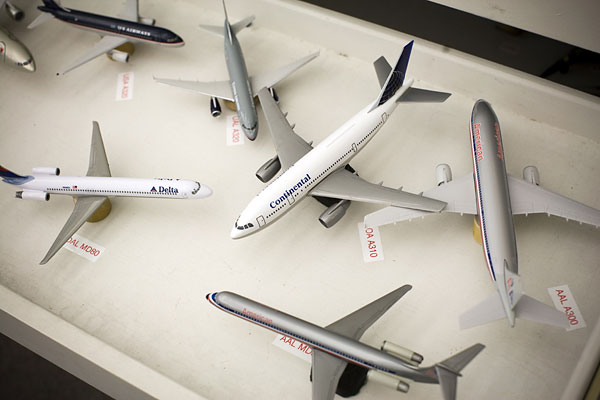 Students take readily to the computerized training. Byron Hull, who manages training for the Air Route Traffic Control Centers, refers to the computer savvy of the new recruits as “knobology,” a neologism that describes the students’ ability to relate instrument controls to their function. In the future, experts predict, controllers will use more computer tools to handle more flights each shift.

The tower simulation is realistic. Aircraft first appear as tiny dots against blue sky, clouds or stars. On the ground, drivers of maintenance trucks ask permission to cross a runway so they can fix a lighted sign. A click of the instructor’s mouse can shift the time of day, and change the weather — from rain to hail or cloudy to clear. To make the simulations as unpredictable as in the real world, some pilots ignore instructions. 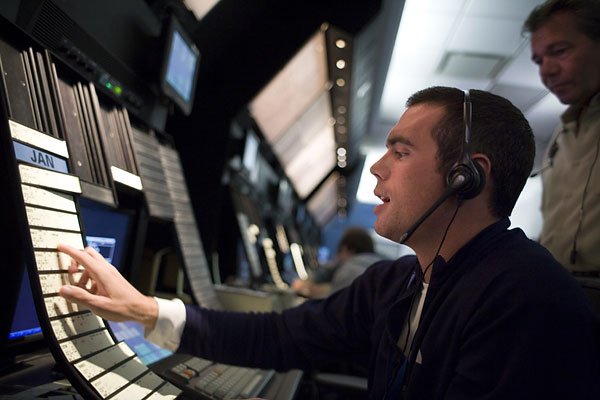 In one, a bit like Tetris or Frogger, three parallel belts, running at different speeds, drop colored letters toward the bottom of the screen. The test-taker must try to grab each letter before it drops, and put it in a bin of the appropriate color. The player also has to drag the bins into place, and when the supply runs low, order more bins.

The hard part comes when the screen disappears and the computer asks questions like: How many bins were in use? How full were they? What letters were still on the belts?

Scoring well on the test is supposed to reveal the qualities that make a good air traffic controller, including the ability to work under pressure and maintain “situational awareness.”

Another game simulates actual air traffic. A screen shows a box that holds two airports, each with a single runway, usable in a single direction. The box also has four exits. Planes appear randomly, each bound for an airport or an exit.

The controller must assign the planes a speed, an altitude and a heading. The planes are allowed to exit only at high altitude, and to land only from low altitude and low speed.

When the game ends, the computer calculates how long the planes flew compared to a theoretical minimum, how many made it through the correct gates, how many crashed into the walls at the edges of the box and how many were directed too close to one another.

The test is intended to measure short-term and long-term memory, thinking ahead, multitasking, flexibility, tolerance for interruptions, and composure.