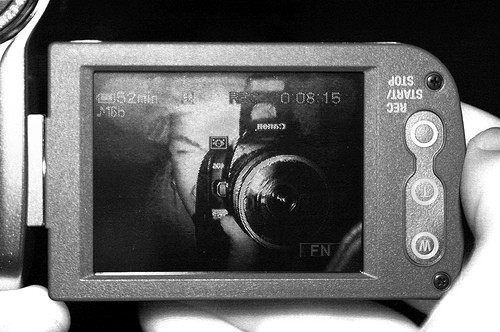 New report uses Quantemo (the neuromarketing research lab) to glean insights into how users locate, respond to, and engage with internet video

Via: One To One Interactive

OTOinsights, the research arm of One to One Interactive, has released its third t=zero report, entitled Emotion, Engagement and Internet Video, available for free download.

Internet video is one of the fastest growing entertainment media and among the most popular of all Internet activities. According to recent reports (July 2007, January 2008) from the Pew Internet & American Life Project, 57% of Internet users visit video sharing sites and 20% visit video sharing sites daily. Growth in Internet video consumption is highest among the key demographics of college-bound and educated 18-29-year-olds, 76% of which visit video sites daily. Additional high-growth demographics include women (11% view daily, up from 5% in 2007) and 30-49-year-olds (14% view daily, up from 7% in 2007).

The Phenomenon Of Viral Videos

Compete, an Internet analytics firm, recently tracked the success of a viral video released in August 2006. Miss Teen USA competitor Caitlin Upton from South Carolina embarrassingly answered a question during the televised pageant competition. A video excerpt of her answer was posted to YouTube on August 25th and obtained over 200,000 views in less than 24 hours. Views grew exponentially each day, peaking at 1.6 million unique views on August 28th. As of July 2008, the video has over 29 million views and is the 51st most watched video of all time on YouTube.com.

There is little doubt that Internet video is one of the great successes of the Internet and offers a new and growing medium for advertising materials.

First, data from the study do not suggest any correlation between engagement, emotion, and the length of a video. Long videos (three minutes or greater) and short videos (two minutes or less) are equally likely to have high or low engagement scores. This finding suggests that Internet videos do not need to be limited to sound bite productions or even standard television commercial length. Internet video viewers are willing to view longer productions so long as they’re engaging.

In the report subsequent sections, they summarize three major findings from this study under the headings of the primary insights derived from analysis of the QPI (Quantemo™ Physiological Index), emotional descriptors, user review, and survey data.

OTOinsights Quantemo™ system is an industry-leading platform for holistically measuring engagement with digital media like Internet video. A unique and diverse multimodal approach to measuring engagement combined with a proprietary scoring system yields a valuable, single-point measure of use engagement in the Quantemo™ Engagement Index (QEI). The QEI offers a convenient and reliable measure for benchmarking and investigating the effectiveness of digital media campaigns. Additionally, the QEI offers more detailed feedback regarding viewer reaction to digital media than the standard rating systems.

Emotional engagement is at the core of Internet video watching, so understanding the relationships between a given video effort and how people will react emotionally is key.

OTOinsights is a collection of primary and secondary research offerings that is breaking new ground in neuromarketing to offer clients advanced and scientific levels of insights into how consumers engage with their brands across the landscape of new media channels. OTOinsights is comprised of t=zero and Quantemo. t=zero is OTOinsights’ secondary research offering that focuses on the emerging media platforms and trends which are changing society’s media consumption habits. Quantemo is a primary research lab that takes a scientific approach to measuring a target audience’s emotional reactions to digital media to establish measures of engagement.

About One to One Interactive

Established in 1997, One to One Interactive assembles solutions for brands, agencies, and publishers executing one-to-one marketing strategies. By bringing together a leading digital marketing agency, a most comprehensive portfolio of permission marketing platforms, unique performance based social media networks, and cutting edge neuromarketing research techniques, One to One Interactive builds informed and creative customer/constituent strategies on the belief that digital media’s ability to enable engaging one-to-one dialogues is the future of marketing.