Live From GDC: Serious Games Leveraging The Play Of The Planet 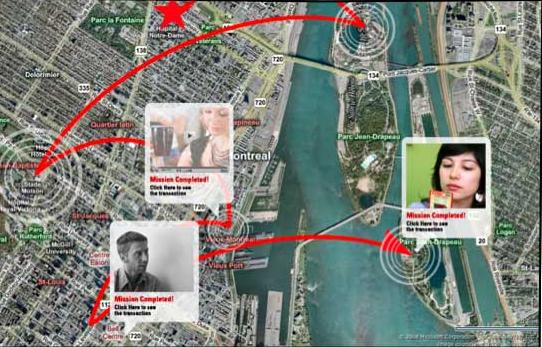 During his inspirational keynote Designing the First Social Reality Game to Motivate Change, Austin Hill, CEO of Akoha, detailed the personal story that inspired its development.

Akoha was founded by Austin Hill and Alex Eberts, long- time friends and entrepreneurs. After attending the TED Conference where the theme was Ideas Big Enough to Change the World, and the Sundance Film Festival where some of their friends were discussing movies that could make a difference, the two began a series of conversations about the future of online entertainment.

These discussions about the power of online communities and the changing nature of play were the spark that led to Akoha.

Akoha is the world’s first social reality game where you can earn points by playing real-world missions with your friends. Missions might include giving someone your favorite book, inviting a friend for drinks, or buying a friend some chocolate. 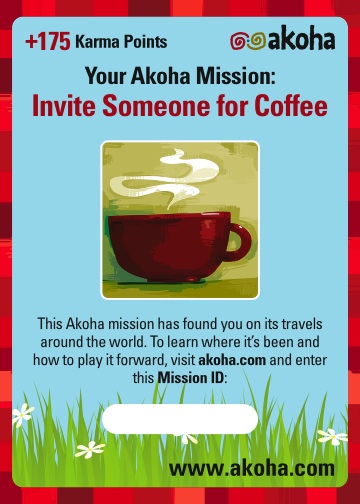 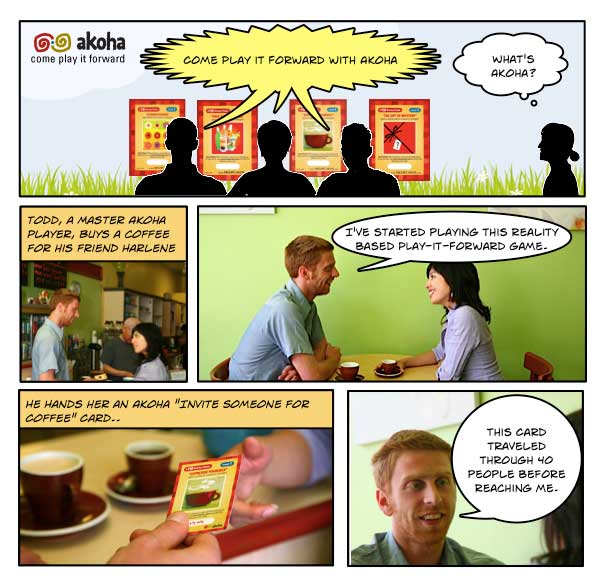 With six billion people covering seven continents and five oceans, our planet is the ultimate playground, a place for real people to engage in meaningful interactions.


In the brief time since the game entered open beta (where it is now), 3,119 missions have been completed and 65% of the mission cards showed back in the system.

Via: I’m Serious.net Blog - GDC: Game of the Day (Monday)


“While Akoha is a stand-alone game today, it has the distinct potential of becoming equal part game, equal part game platform. By that, I mean that one of the game's key design elements is the user-generated mission capability. Any player can submit a mission idea or set of ideas. Those missions then become available to all players.”

“Imagine that you are a community organizer trying to engage your target group in the efforts you are undertaking. By setting up a series of missions, you might make the work lighter and the impact more widely-spread. What if you're a school vice-principal dealing with the problem of vandalism at your school. Maybe engaging known taggers in a game where they use their art talents for good acts instead of petty crimes would re-orient their behavior. Or you might be a coach whose team needs a lot of work in coalescing as a team, or a systems administration trainer, or nurse practitioner... well, you get the idea.”

Akoha is a new type of “social reality game” inspired by the concept of pay it forward, where players play real-world missions that can be tracked online.

This is the sort of game where online & offline worlds collide – played in the real world and involving online collaboration.

Each time you play a mission you earn “karma points”. Earn enough karma and you’ll be able to “level-up” to the next level. (You can think of karma points as experience points from other role playing games). You can also earn karma for helping others play their missions forward.

Adding videos, photos and stories to your missions earns you extra karma points. Your missions continue to earn points for you as long as they keep traveling (that way you’ll be earning karma in your sleep!)

If you’re feeling creative, you can also create your own missions at
Mission HQ and track their progress as others play them around the world.

There are 15 levels in all and you’ll need to earn a increasing level of karma to reach the next higher level. As you reach higher levels you’ll also need confirmations from others before you’ll be able to level-up.