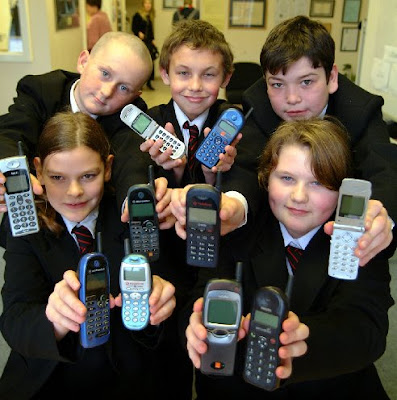 Via:  Learning and Teaching Through Technology - Sheffield School Pioneers Mobile Phones For Learning


Students at Notre Dame High School in Sheffield will soon be enabled to use their personal mobile devices - including mobile phones - in the classroom and around the school. This radical move is the result of recognising that mobile devices have a role to play in the modern curriculum, says Paul Haigh, Notre Dame’s assistant head teacher, with a responsibility for specialisms and innovation. 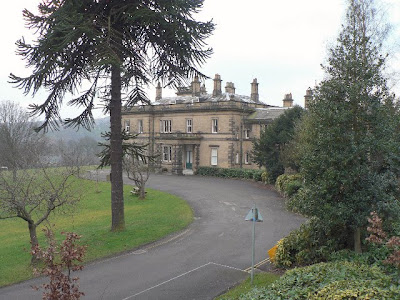 “Pupils are using a whole range of devices that can be used on the Internet - mobile phones, gaming devices, MP3 players," he says. There’s a huge untapped resource staring us in the face.”

He adds that many pupils now use their own laptops and netbooks in schools, and it’s hard to know where a netbook ends and a large smartphone begins. In other words, there’s little logic in allowing pupils to use a netbook in school while banning mobile phones, many of which can access the Internet, record sound and take digital photographs.

Notre Dame is a Catholic co-educational comprehensive with more than 1,400 students (more than 400 in the sixth form) and uses ICT extensively. The school has worked with Hallam CLC on a project that has seen pupils using smartphones loaded with Wildknowledge ecological software to record field data.

As part of the Excellence in Cities initiative, the Partnership has set out clear plans to impact on the teaching and learning in these schools by the leading edge use of ICT across the curriculum.

Using The Technology That Children Use Every day For Learning

Paul Haigh says that mobile devices today are in the same situation that calculators were in the 1970s. “You can see a situation where a student might take their mobile phone out of their bag to take a photograph of the equipment they’re using in a science experiment and then pasting the picture into their written report of the experiment. Or they could use the phone as a digital recorder to record an interview in an English lesson.”

The school is now developing a policy for students to use their own mobile devices around the school, and the school’s wireless network is being reconfigured so that pupils will be able to log on to the network and use their device in a secure, filtered and monitored environment.

“The school network will become a wi-fi hotspot for pupils and their mobile devices,” says Paul Haigh. 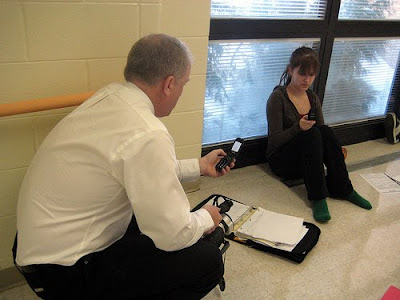 The new mobile device policy is currently being discussed by Notre Dame’s IT Strategy Group before being presented to the full school management. The aim is to start implementing the policy this month, starting with Year 13 students, before rolling it out across the rest of the year groups. “This is about blending IT with traditional learning. It’s using the technology that children use every day for learning,” says Paul Haigh.